Talking on his visit to Nagpur RSS Headquarters, Dalai Lama said ‘RSS was always with us in our struggle. The support of RSS inspires us a lot, RSS marks an example for discipline and dedication. Sangh is patriotic organisation and always works for the welfare of the country and countrymen’

The Dalai Lama also said that India has a great potential to contribute to world peace.

In his answer for a question, HH Dalai lama said ‘China’s behavior has changed partially’.

Hailing India’s democratic system, the Dalai Lama said the nation’s democracy is stable due to its 1000-year-old tradition.

“Most populated democratic country and since independence, this country in comparison to other sort of neighbouring states, this country is very-very stable because of democracy and democracy is very successful because of thousand-year-old tradition. Different view but respect, I think that’s a healthy sign,” added Dalai Lama.

HH Dalai Lama could not meet RSS Chief Mohan Bhagwat as the latter was in Hyderabad for an RSS meeting.  However, RSS Chief Bhagwat conveyed the message through a telephonic conversation to Dalai Lama. Bhagwat said in his message that ‘India and Tibet has spiritual connection and both countries believes in welfare of the peoples’. Mohan bhagwat ensured Dalai lama that ‘Sangh will always with Tibetan people in their struggle’. 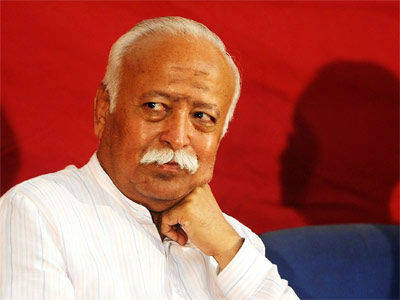