Dr Jayasree Nair writes from USAEast Coast USA  July 16: 2014 is a very special and proud year for Hindu Swayamsevak Sangh as it is celebrating its 25 th year as a registered organization in the US. HSS-USA conducts 5 Sangh Shiksha Vargs a year in the Sambhag level. Each Varg has a Swayamsevak, Sevika and a Bala Varg (effective since last year due to the increasing number young parents participation) run in parallel. I was fortunate to be part of the East Coast Sambhag Sevika Varg this year to experience the full swing of it along with my three children, myslef and 12 year old daughter in the Sevika prathamik varg, oldest son, completing his Praveen at Swayamsevak Varg and my youngest 10 year old son in the Bala varg. We were fortunate to have Dr. Durgsingh Chouhan, who had registered HSS as an organization in the United States in 1989 while he was working as Scientist at NASA (1988-1994). First Shakha was conducted on February 7, 1989 inmaryland with about 50 people. Though Chinmaya Mission’s Balavihar was running those days, Swami Chinmayanada emphasized the need for Hindus to attend shakha, the very first call from a Hindu Saint to the public to join HSS. Dr. DurgSingh Chouhan came back to see the working and progress of HSS in the US, 20 years after he left to Bharat in 1994. Growth of HSS through these years was phenomenal that the reachout increased from about 5000 in 2001 (Sudarshan ji’s visit) to 15000 in 2006 to about 55000 in 2013 (Swami Vivekananda’s 150th Birth Anniversary).
Sangh Shiksha Varg for North East Sambhag was held from June 28- July 5, 2014 at Jagannath Dham, Belfast, New York, about 400 miles north of New York City. This year, there was a 100% increase in the number shkshrathees and most of the Shikshaks were second generation Indian Americans who got trained both in USA and India. Guests included Shri. Saumitra Gokhale, Viswa Vibhag coordinator of HSS and Dr. DurgSingh Chouhan besides national karyakrtas of HSS. Number of Prathamik level Shiksharthis (Participants) were 102, and 26 Balaks were in the Bala Varg. 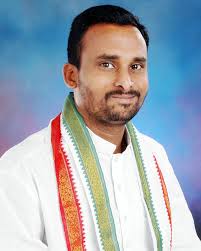