New Delhi July 15:  RSS Sah-sarakaryavah Dattatreya Hosabale and RSS Akhil Bharatiya Prachar Pramukh Dr Manmohan Vaidya has clarified that “Journalist Ved Pratap Vaidik has no relation with RSS. His meeting with Hafiz Saeed has nothing to do with RSS”.

Also, Senior RSS Pracharak Ram Madhav, who recently given the responsibility in BJP, today asserted that ” journalist Ved Pratap Vaidik has no relation with RSS, saying a person roaming around with Congress leaders is not from the Sangh fountainhead”.

“Vaidik  has no relation with RSS. The person who roams around with Mani Shankar Aiyer and Salman Khurshid is not from RSS,” he said.  “In any case Hafiz Saeed is a terrorist. With regard to India he is a criminal. Whenever he comes to India, he will brought as a criminal under the Indian law and order system,” Ram Madhav said.

Ram Madhav’s comments come after Congress party, includings its Vice President Rahul Gandhi, described Vaidik as an “RSS man” and questioned whether the Indian High Commission in Islamabad had facilitated the meeting between Ved Prakash Vaidik  and Mumbai attack mastermind Hafiz Saeed. On Vaidik’s remark on integrating PoK and Kashmir into one country, Ram Madhav said, “Crores of people in this country might have crores of self-opinion. PoK area is part of India. It’s Pakistan’s illegal and uncontitutional occupation. To free it is the one and only resolution of the Indian Parliament. That ‘sankalp’ (commitment) has to be fulfilled.”

On whether the scribe’s statement hurts the sentiments of the people, he said, “It definately does.” He declined to elaborate further. Meanwhile, calling it a diversionary tactics of Congress, the government has distanced itself from the meeting between Vaidik and Saeed, saying the journalist was “neither authorised nor representing the government or BJP”.

Vaidik had met the chief of Jamaat-ud-Dawa, said to be the parent organisation of terror outfit Lashkar-e-Toiba, in Lahore on July 2 while touring Pakistan along with a group of journalists and politicians invited by a peace research institute.

Ved Pratap Vaidik says he has never been an RSS man

New Delhi: Amidst the controversies he stirred by meeting 26/11 attacks mastermind Hafiz Saeed and opining that Kashmir should be an independent nation, yoga guru Ramdev’s close aide and senior journalist Ved Pratap Vaidik on Tuesday denied being “an RSS man”. “I have never been an RSS man. Let (Congress vice president) Rahul Gandhi say what he wants,” said Vaidik. He further cleared that he met Hafiz Saeed through another Pakistani journalist and as a journalist.   He further said that he felt bad about this furore because he has “worked with Congress, they’re my people.”

“I have been travelling to foreign nations for the past 40 years. Does embassy facilitate all those travels? I meet everyone directly,” cleared Vaidik.  When asked if he would file a defamation case against Rahul Gandhi, Vaidik said he won’t do it as he was just an ordinary man. The journalist further accused the TV channels of distorting his statements. “What I’ve done for nation for 40 years is being marred by all these allegations,” added Vaidik. Earlier in the day, Congress leader Rahul Gandhi said the party was “curious” to know whether the meeting between Vaidik and 26/11 mastermind Hafiz Saeed was facilitated by the Indian embassy in Pakistan. “The question is whether the Indian embassy in Pakistan facilitated this event…whether they helped this gentleman (Vaidik) in anyway,” Rahul Gandhi said, speaking to reporters here.Source: http://zeenews.india.com/news/nation/i-have-never-been-an-rss-man-ved-pratap-vaidik-to-rahul-gandhi_947530.html

One thought on “‘I am not an RSS Man’ says Vaidik ; “Ved Pratap Vaidik has no relation with RSS”: says RSS’s Datta Hosabale” 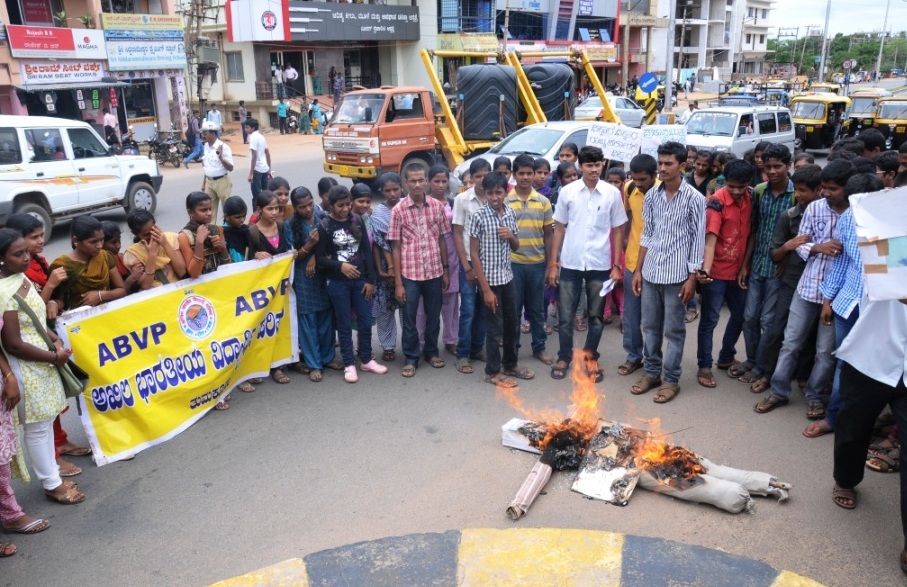