Chennai Jan 25: ‘Swami Vivekananda 150 Women’s Convention’ with a vision to rearticulate and self-introspect on the Indian concept of womanhood has been initiated in Chennai on 23rdJanuary, 2014 being the Punyathithi of Swami Vivekananda.  The theme of the convention being ‘Indian Women as the Guide for the World at crossroads’ initially started with a lighting of lamp by the woman achievers from different walks of life. Thousands of women from all walks of life converged at Narada Gana Sabha Hall, Chennai. 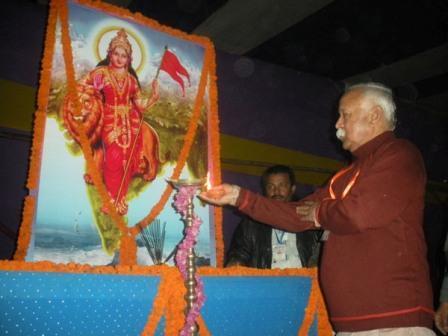