March 22, 2014: Even 50 years after its war with China in 1962, India does not really understand its neighbour. Although, both countries can claim cultural similarities, the strategic mindset of the two Asian giants are diametrically opposite, RSS central executive board member Ram Madhav has said.

“Any foreign policy designed to settle the disputes with China should consider this viewpoint. Unfortunately, even today, to understand Chinese mindset we rely on western and Chinese scholars,” he said after releasing his book, ‘Uneasy neighbours: India and China after 50 years of war’ here on Saturday.

“Whatever matters in international relations is not whether a country treats its neighbour as a friend or a foe but to understand its set of interests. In international relations there is a dictum: be pragmatic and understanding. There are no permanent friends or foes but there is a need to secure permanent interests of the country. However, in the last six decades India’s relations with China have been romantic but not pragmatic,” he pointed out. He said that though people may claim that India’s largest trading exchange takes place with China, the fact is that it is highly loaded in favour of China. “Today, the trading between two countries is $ 70 billion, out of which $ 60 billion worth is what we import from China and they accept only $ 10 billion worth of our exports,” he noted.

Highlighting that Nehru had ignored the warning of Sardar Patel in 1950 that China would be a potential threat to India, he said, “Today, we all laud Nehru greatly, but one should understand that Nehru did not reply to Patel’s letter which detailed about China’s aggression which he had foreseen in 1950 itself. Besides, Chinese are known for striking their enemy after misleading them and strike only if they think they can win.

Sun Mar 23 , 2014
Bangalore March 23, 2014: RSS Senior Functionary Ram Madhav addressed a gathering this evening at the Mythic Society Auditorium at Bangalore, on his new book UNEASY NEIGHBOURS, India and China after 50 years of the war. The programme was presided by Sreedhar Rao, an expert of national security issue, who […] 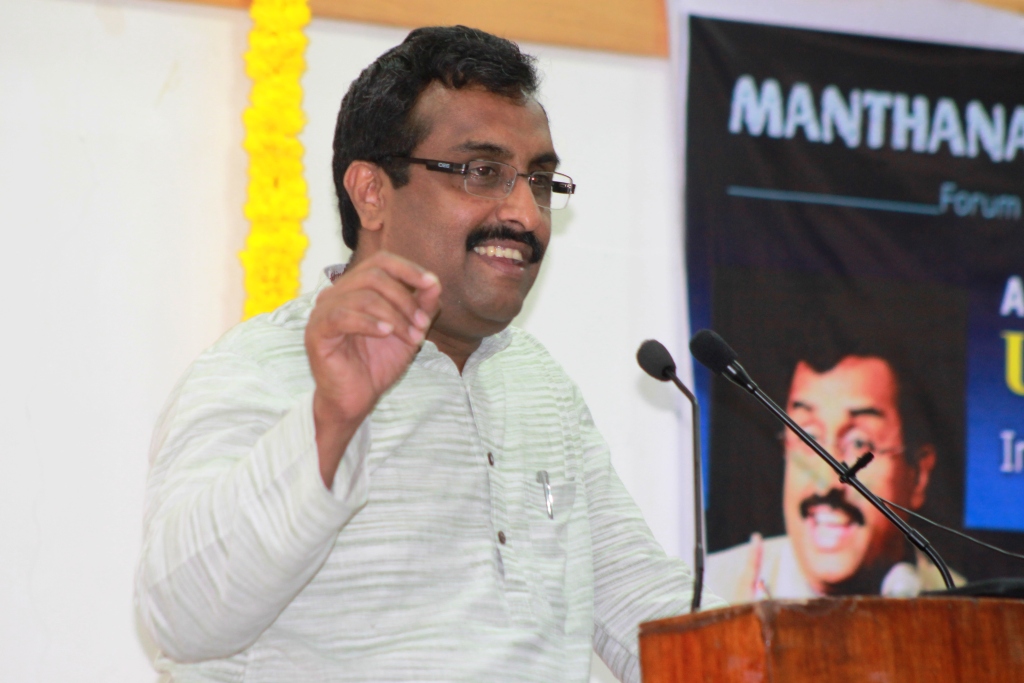