Chandikadas Amritrao Deshmukh, popularly known as Nanaji Deshmukh (Marathi: चंडिकादास अमृतराव देशमुख aka नानाजी देशमुख) (October 11, 1916 – February 27, 2010) was a social activist of India. He did exemplary work in the field of education, health and rural self-reliance and has been honored with Padma Vibhushan title by the Government of India. He was a leader of Bharatiya Jana Sangh and also a member of Rajya Sabha.

Deshmukh was born on October 11, 1916 in Kadoli, a small town in the Parbhani district ( now it is in Hingoli district) of Maharashtra to Shri Amritrao Deshmukh and Shrimati Rajabai Amritrao Deshmukh. Deshmukh’s career was full of strife and struggle. He lost his parents at an early age and was brought up by his maternal uncle.
His family had little money to pay for his tuition fees and books, but his keen desire to learn encouraged him to work as a vendor and sell vegetables to raise money to fund his education. He lived in temples and received a higher education at the prestigious Birla Institute of Technology and Science in Pilani before becoming an RSS activist in the nineteen thirties.
Though born in Maharashtra, the fields of his activities were Rajasthan and Uttar Pradesh. Seeing his devotion, the then RSS Sarsanghchalak Shri Guruji sent him to Gorakhpur (U.P) as “Pracharak”. He rose to be the Saha Prant Pracharak of the whole of Uttar Pradesh (which has now become 8 prant of RSS).
Deshmukh became inspired by Lokamanya Tilak and his nationalist ideology, as well as showing an acquired interest in social service and activities. His family was in close contact with Dr. Keshav Baliram Hedgewar who was a regular visitor to Deshmukh’s family. He could discern potential in Nanaji and encouraged him to attend RSS ‘shakhas’.

In 1940, after RSS founder Dr Hedgewar’s death, many youngsters inspired by him joined the R.S.S. in Maharashtra. Deshmukh was among those enthused youths who joined the RSS devoting their whole life in service to the nation. He was sent to Uttar Pradesh as a Pracharak. At Agra, he met Deen Dayal Upadhyaya for the first time. Later, Deshmukh went to Gorakhpur as a pracharak where he took great pains to introduce Sangh ideology in the eastern UP. It was not an easy task at that time as the Sangh had no funds to meet even day-today expenses. He had to stay in a Dharmashala but had to keep on changing Dharmashalas as no one was allowed to stay there for more than three days consecutively. Ultimately, he was given shelter by Baba Raghavdas on the condition that he would also cook meals for him.

Within three years, his hard work bore fruits and almost 250 Sangh Shakhas commenced in and around Gorakhpur. Nanaji always laid great emphasis on education. He established Bharat’s first Saraswati Shishu Mandir at Gorakhpur in 1950.
When in 1947, the RSS decided to launch two journals Rashtradharma, Panchjanya and a newspaper called Swadesh,Shri Atal Bihari Vajpayee was assigned the responsibility of the editor and Deen Dayal Upadhyaya was made the Margdharshak with Nanaji as the Managing Director. It was a challenging task as the organization was hard up for money to bring out the publications, yet it did never dampen their spirits and these publications gained popularity and recognition because of their strong nationalistic content.

Deendayal Research Institute (DRI):
Deendayal Research Institute (DRI) was founded in 1972 by Deshmukh to validate the philosophy of Integral Humanism propounded by Pandit Deendayal Upadhyaya (1916–1968). Integral Humanism gave a vision for Bharat that, with an approach to man and his relationship to society that is integral and complementary, could transform Bharat into a self-reliant and compassionate example for the world to follow.
Deshmukh developed a model for the development of rural areas on the basis of Integral Humanism. After initial experiments in Gonda (U.P.) and Beed (Maharashtra), Nanaji finally fine-tuned an integrated program for the development of rural areas that covers health, hygiene, education, agriculture, income generation, conservation of resources, and social conscience, that is both sustainable and replicable. The basis of the project is ‘Total transformation through total development with people’s initiative and participation’.
The project, called the Chitrakoot Project or the ‘Campaign for Self-Reliance’, was launched on 26 January 2005 in 80 villages around the Chitrakoot area in the border of Uttar Pradesh and Madhya Pradesh. The aim was to achieve self-reliance for these villages by 2005. When complete in 2010, the project hopes to make the 500 surrounding villages self-reliant and serve as a sustainable and replicable model for the Bharat and the world.
DRI has association with the following important institutions among others.
The Wadia Group, Apeejay Education Society (AES), Indian Council of Agricultural Research (ICAR), Khadi and Village Industries Commission (KVIC), India Development and Relief Fund (IDRF), Madhya Pradesh Council of Science and Technology (MPCST), India Development Coalition of America (IDCA), Department of Elementary Education (DEE), The Sir Dorabji Tata Trust, Ayurveda Yoga & Naturopathy Unani Siddha and Homoeopathy(AYUSH) and Sewa International (SI)

He was awarded Padma Vibhushan in 1999. India’s former President A.P.J. Abdul Kalam praised Deshmukh for his “single-minded devotion to the uplift of the people “.
Death:
Deshmukh died on 27 February 2010 in the premises of India’s first rural university, Chitrakoot Gramodya Vishwavidyalaya that was established. He was unwell for some time due to age-related ailments and had refused to be taken to Delhi for treatment. He has willed that his body be donated to Dadhichi Dehdaan Sanstha of New Delhi which was accepted, and his body was sent to All India Institute of Medical Sciences for medical research. His body was sent by road up to Satna, Madhya Pradesh, and hundreds of people and local residentsa accompanied this last procession to Satna. From Satna, his body was carried by a chartered plane to New Delhi. In New Delhi, his body was kept for few hours at Keshav Sadan (Delhi headquarters of the Rashtriya Swayam Sewak Sangh), and after that the body was donated to AIIMS with help of Dadhichi Deh Dan Samiti 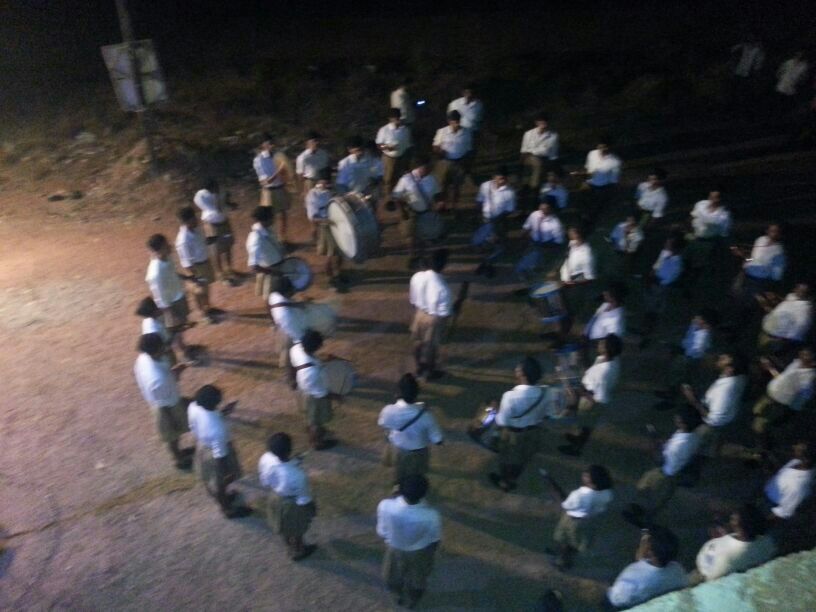