Chennai June 16: Demanding departmental action against the Ramanathapuram DSP who arrested 350 RSS leaders and workers when the Sangh Prayer was recited during a Prant Baitak of Dakshin Tamilnadu on June 14, over 700 members of various Hindu organizations and BJP workers participated in a protest demo in Chennai on Monday evening. On June 14th, the Blatant anti-Hindu attitude of a section of Tamilnadu police force created an ugly situation in Devipatinam of Ramanathapuram Distict on Saturday evening where the Prantha Bitak of Dakshin Tamilnadu began on June 14.  Nearly 400 RSS Karyakarthas who attended the Pranth baitak were reciting Sangh prarthana, they were arrested.

The arrest was made when Sangha Prarthana ‘Namaste Sadaa Vatsale’ was in progress.  Among the arrested were All India Executive member Sethu Madhavan, Kshetra Karyavah S.Rajendran, Kshetra Pracharak Stanumalayan, Kshetra Seva Pramuk PadmaKumar.etc. Later all the karyakarthas were released. 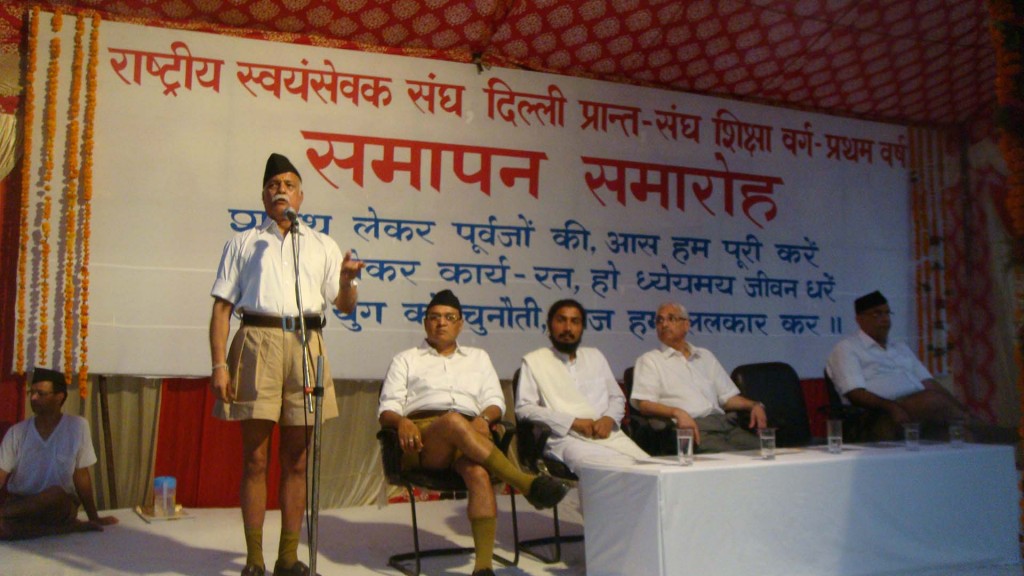