New Delhi Feb 25, 2014. Bajrang Dal today held nationwide demonstration demanding immediate deportation of Bangladeshi infiltrators into the pious land of Bharat. Addressing workers, the national spokesperson of Vishwa Hindu Parishad(VHP) advocate Prakasha Sharma said in New Delhi that inspiteof repeated orders of the honorable supreme court to deport them and the alerts given by our Police & inteligence agencies, more then five lakh such infiltrators are the great challange for the safety security & resources of the country. They must be deported immediately, he demanded. We have demonstrated at all district head quarters of the country and submitted memorandum to the district collectors addressing to the President of Bharat, said shri Vinod Bansal, Media Chief VHP Delhi. 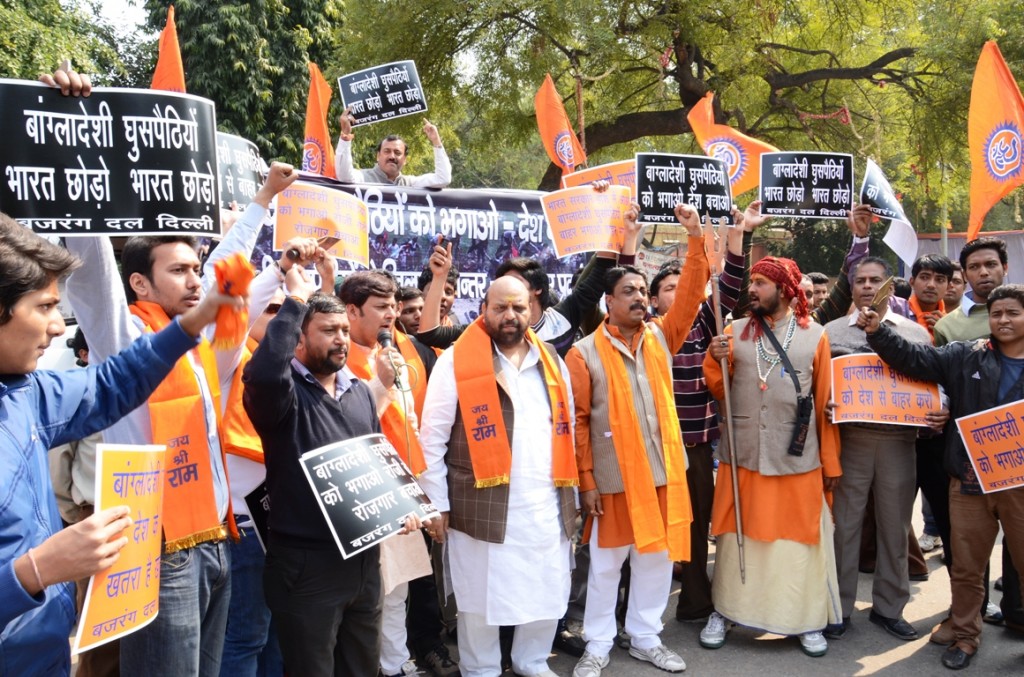