New Delhi Feb 7: Massive protest held at New Delhi against ‘The Caravan Magazine’ for its baseless, false report on Aseemanand’s remarks on RSS Sarasanghachalak Mohan Bhagwat, which the magazine was claimed. Already the lawyer of Aseemanand has clarified that Aseemanand has not given any interview to any media and threatened a legal action against the magazine for its propaganda. Meanwhile, RSS also strongly rejected the media report and said it is ‘baseless’. On Friday, there was huge protest held at New Delhi in front of The Caravan Magazine. Protestors shouted slogans against the media for its report on ‘Aseemanand’s interview’. Protestors claimed that the magazine is misleading the public and distorting the facts, and demanded an apology from it. 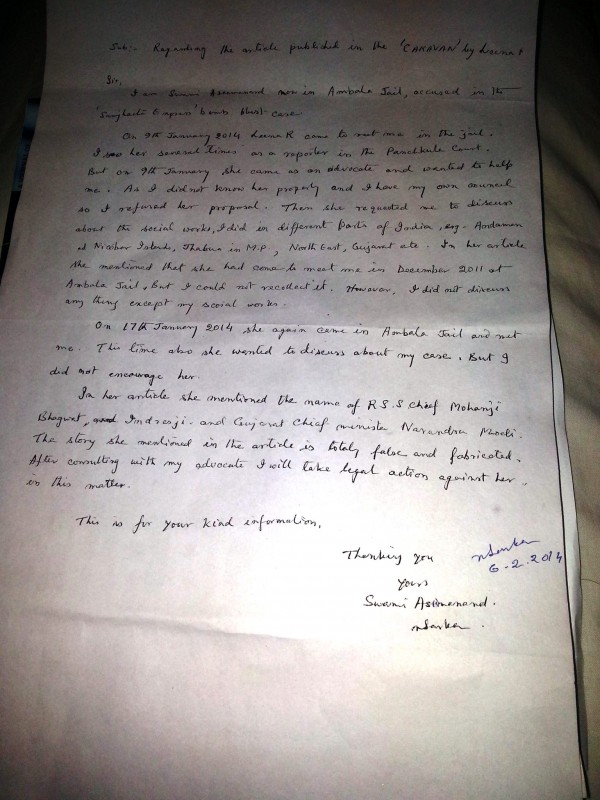