Bengaluru December 02: Yashas Nataraj, 31, an IIM-B alumnus with a master’s from Singapore, joined IT Milan 18 months ago. Since then, there has been no looking back.

Like him, around 2,200 techie swayamsevaks have joined IT Milans in the city since 2001 when the first shakha was launched by the RSS. “It’s a like-minded group and good eco-system to contribute to the society and fashion the national discourse. At the shakha, we start with physical exercises like yoga and Surya Namaskar, after which we discuss various issues, including national security, foreign policy and social issues,” he said.

IT Milans are a weekly adaptation of the daily RSS Shakha (gathering of swayamsevaks at a common place for an hour daily). It comprises professionals, mostly from the IT sector.

With 110 shakhas, Bengaluru is home to half the 225 IT Milans in the country. Mysuru has two Shakhas. At an average of 20 members per IT Milan, there are about 2,200 techie Swayamsevaks in the city.

“It’s growing every year. The online registration has increased,” said Dr Suresh Nayak, an RSS pracharak. The concept was launched in Bengaluru in 2001 to attract outsiders (non-Kannadigas) in the IT industry. The saffron IT brigade has kept pace with the growth of IT. This year alone, the organization has started about a dozen IT Milans in the city.

How’s it different from a regular shakha? The regular shakha is a daily affair, while IT Milan is held on Sundays, normally between 8 am and 9 am.

The regular shakhas are held in Kannada, while IT Milan will be either in Hindi or English or Kannada, depending on the profile of the volunteers. However, like in a daily shakha, IT Milans also have physical exercises, patriotic songs, group discussions and prayer. “As they are professionals, there will be more intellectual activity. The focus is more on how they could help the society,” Nayak said.

Besides attending shakhas, the groups take active part in Swachh Bharat campaign and activities of NGOs associated with the RSS.

Karnataka has 3,400 RSS Shakhas, including 600 added in the past four years, and around 1.2 lakh swayamsevaks (above 18 years). The process of joining is easy. There is no fee or registration. Once a person starts attending a shakha, he becomes a member.

A senior RSS leader, who didn’t wish to be quoted, said, “We record about 30,000 online registrations, of which 1,000 are from outside the country. In Karnataka, the trend (attraction towards the RSS) has been there for the last three-and-a-half to four years.”

“Both interest and awareness about nationalism and the RSS have increased after Narendra Modi became the prime minister,” said Radha Krishna Holla, who handles the RSS media relations. One thought on “More techies turn Swayamsevaks, log into RSS IT Milans in Bengaluru: TOI Report” 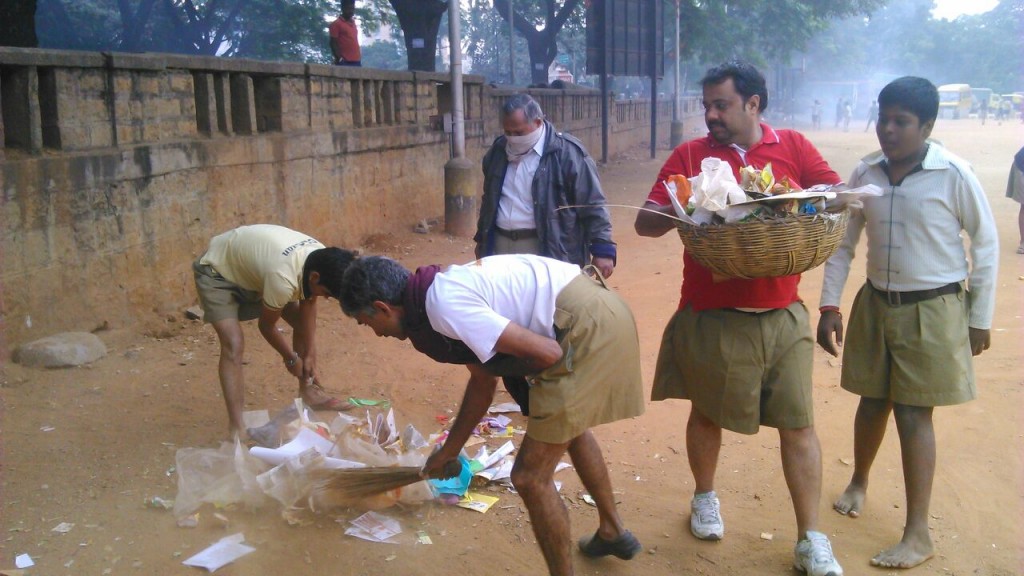