‘Whatever RSS swayamsevaks do, they devote themselves completely in to that. Whether it is the drill we have seen now or during tsunami or during flood. They do it with the same devotion’ said Sri Sri Ravishankar.

‘Seva to Rashtra means seva to Bhagavan. Duty of a swayamsevak is to create Josh-Hosh and Devotion to the nation. You have  got a good opportunity to serve here as your Karmakshetra’ said Sri Sri Ravishankar addressing the swayamsevaks. Drawing parallel with the socio-political change brought about by Chhatrapati Shivaji Maharaj four centuries ago, Rashtriya Swayamsevak Sangh (RSS) Sarsanghchalak Dr Mohan Bhagwat called upon the society to remain ever vigilant to sustain the positive change the country has witnessed after the 2014 General elections.

In his electrifying address exuding confidence and satisfaction over the transformation through ballot, Dr Bhagwat advised the incumbent government to emulate the governance of Chatrapati Shivaji whose government stood on the strong edifice of justice for all, equality, strong discipline, self-esteem and free of any exploitation.

In Shivaji’s personality the people saw their dreams getting translated into reality and they accepted him as their own king. Shivaji on his part did not own the kingdom but became a trustee of the faith reposed in him by the people.

Similarly, the present government should also act as a trustee of the faith and confidence of the people, the RSS Chief said.

He further added that even after the death of Shivaji, the common man in his kingdom who remained ever vigilant fought with the invaders and not only defeated them but also carried the flag of Bharat beyond Attock in the West.

Clearly stating that RSS does not indulge in ‘Remote Controlling’ Dr Bhagwat said “we only created conducive atmosphere. We instilled self esteem in the society and a grand picture of making this country a world leader and teacher. People responded to our call and brought about the change. Now it is the duty and responsibility of the citizens to make this change stable so that their dreams could be fulfilled in their own life time. For, that the society must remain vigilant”, he said.

Similar aspirations were aroused during the freedom movement and people responded positively to the call participating in the freedom movement. But following independence, the rulers failed to instill confidence and self esteem in the society and the society on their part handed over the contract to the rulers. The result was disastrous, he said quoting a few lines from the famous Marathi poet Suresh Bhat.

The RSS chief said that the present political change has aroused the aspirations of the people once again. But these aspirations could be fulfilled only when the society was ready for transformation in accordance with the changing time. “This is not the time to sleep. It is time to remain vigilant to fulfill our dreams”, he added.

He called upon the people to create a sensitive society based on the principles of equality, justice and free of exploitation redefining the eternal life values according to the changing times to make Bharat a world leader and teacher of humanity. He appealed to the people to join and cooperate with the RSS which is engaged in this mission since last 88 years.

In his address Sri Sri Ravishankarji Maharaj called for instilling self esteem and increasing the level of confidence in the society to realize the bright future of Bharat. He said that we have to adopt scientific outlook and instill confidence by honoring our culture and traditions.

Sri Sri said stressed on imbibing discipline in life. Government can be imposed from outside but discipline comes from within, he said adding that discipline was necessary for reformers and rulers both. He praised RSS for giving best from both categories to the country.

He also called for perfect blending of old and new and warned that negating all that is old would spell disaster for the society.

He said that we need to present our religion in its right perspective at the international level once again which could not happen after Swami Vivekananda. For this we need to curb casteism, violence, atrocities against women, and drug abuse and alcohol consumption.

Sri Sri praised the RSS for giving the society both reformers and rulers. He said that we are all reformers and reformers have a greater role to play as compared to the rulers. We must strive hard to realize the dream our forefathers visualized to make Bharat prosperous, rich country and a world leader. (Details will be updated  later)

Nearly 716 RSS volunteers are taking part in the camp, which includes 144  Swayamsevaks from Central India comprising Malwa Prant.  The highest number of participants – 144 – was from Central India comprising Malwa, Madhya Bharat, Mahakaushal and Chattisgarh. Among those attending are 460 professionals, including six doctors, 14 engineers, a chartered accountant and 14 lawyers, while 91 are self-employed. There were as many as 147 teachers, five journalists, 49 agriculturists and 153 students. Fri Jun 13 , 2014
June 13, 2014 An article by Dattatreya Hosabale, RSS Functionary My thoughts and best wishes. The International Festival of the Game of Football has just begun. The World Cup is an occasion when the world comes together – in a common aspiration, hope and determination – while trying to win […] 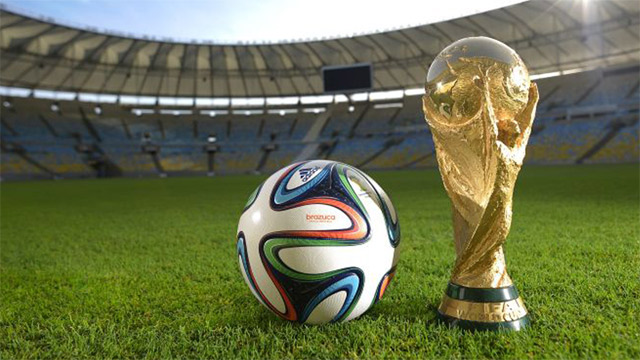