Speaking on the occasion, MT Ramesh said ‘ It was not after Indian  independence but much before,there were seeds of separatism  planted  in Kashmir. Nehru was always supporting such hoodwink  movements as well the main mastermind of this idea, Sheik Abdulla. He was surrendered the sovereignty of India in front of Sheik Abdulla. Nehru was telling in the Lokasaba  that Article 370 is the Initialization of implementing the Indian constitution to JK. India had to pay lot due to such metaphor view points. Unless until abolishing this temporary constitution article, Integrity of this nation is not possible.We should spread this message to fellow citizen about the Article 370 hindrance to the integrity of our nation. Sun Jul 20 , 2014
To Offer FREE Consulting by Specialist Doctors to the Poor & Needy JAIPUR, July 20, 2014 A much needed social service in the socio-medical field has been launched by eminent doctors. INDIA HEALTH LINE RAJASTHAN state launch took place in JAIPUR in presence of eminent specialist doctors & representatives of medical […] 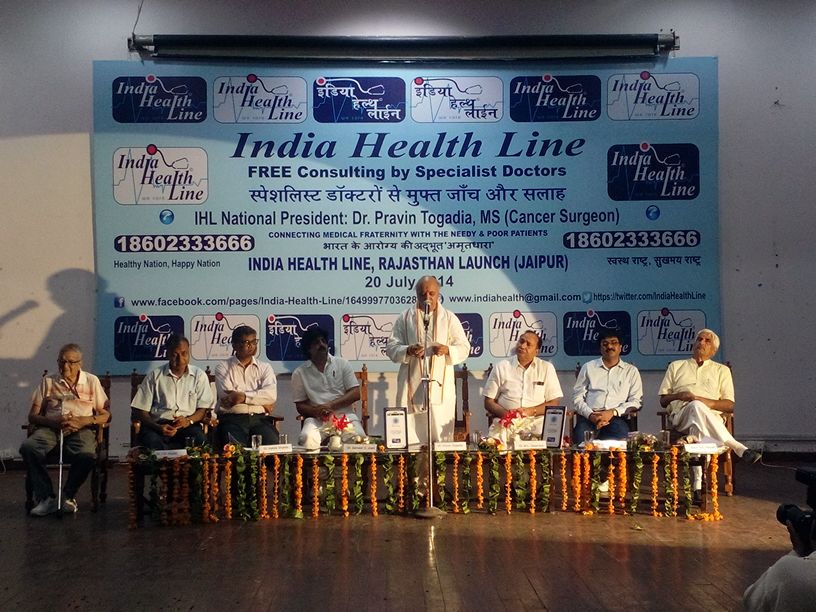