Bangalore September 22, 2014: While interacting with businessmen in Bangalore, Arun Kumar – Convener of Jammu and Kashmir Study Centre New Delhi and RSS Akhila Bharateeya Saha Sampark Pramukh said ‘The opportunity for economic activity and business potential of Jammu and Kashmir remains unexplored and untapped. Despite having huge business potential in various sectors the only business activity in Jammu & Kashmir today is in the area of tourism, majorly in pilgrimage to places like Mata Vaishnodevi, and because of few thousands of military personnel and their families. No one saw Jammu & Kashmir in the point of business investments in past 65 years’

The Karnataka chapter of Jammu & Kashmir Study center had organized a discussion on the topic Business Opportunities in Jammu & Kashmir and Integration of the state with Bharat, at the premises of Rashtrotthana Shareerika Shikshana Kendra, Jayanagar Bangalore.

Speaking on the occasion Arun Kumar said ‘Jammu & Kashmir is not just Kashmir valley. It has three major regions Ladhak, Jammu and Kashmir, where Kashmir valley forms only 16 percent of 2.2lakh square kilometer area of the state.  In the whole state of Jammu & Kashmir only in five districts out of 22 there is some support for separatists. The majority population of the state are nationalists fighting for the country. Even among the Muslims there are communities like Gujjars, Pahadis, Shias who never supported separatists. But unfortunately in past 65 years the concerns of majority nationalists are not at all addressed where as separatist ideas are given priority. We need to address the wrong perception built about Jammu & Kashmir and address the requirements of the nationalist people who are in majority. The Jammu & Kashmir Study Centre is trying to bring in the discourse to address the concerns of the nationalists.’

He explained the economic affairs, government’s business policies and huge business potential of Jammu & Kashmir in sectors like pro people tourism, education, horticulture, fruits- specifically dry fruits and apple, medicinal herbs, healthcare etc. He stressed the need of investment for branding and marketing of various products already produced in large quantity in the state which are being sold at very cheap price or wasted because of unavailable markets.

RSS JP Nagar Sanghachalak Sri Narahari was present on the occasion. Radhakrishna Holla of J&K Study Center Karnataka introduced and welcomed the gathering; Prashant Vaidyaraj extended the vote of thanks. 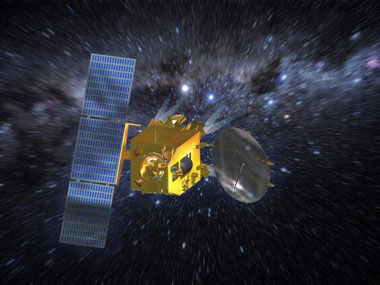