While addressing the press Dr Vaidya told that Akhil Bharateeya Pratinidhi Sabha is the yearly meeting of RSS for evaluation annual programs and performances.Around 1400 selected RSS representatives and office bearers of parivar organisations from various part of the country are participating the three day meet. He said that the reports and achievements of organisations working in different social domains will be shared in meeting.

Dr Vaidya informed that  ‘Akhila Bharateeya Karyakarini Mandali (ABKM) which comprises of Sanghachalaks, Karyavaha and Pranth Pracharaks of 41 pranths of India is also meeting on 6th of this month. Representatives elected from RSS-Shakhas of all regions of the country, state level office bearers of RSS, National office bearers of Sangh affiliated (Sangh Parivar) organizations will attend all the three days of the meeting’

Dr Vaidya told that no political decision will be taken in meeting as described by some of the media and the meeting is for discussing and evaluating RSS work. Activities of all these orgainizations will be submitted in the meeting.  State-wise activities of the RSS will be reviewed. Important national issues will be discussed. More than 1400 Social workers of different walks of life from nook and corners of the country will be participating in the meeting.

While answering the on attendance by BJP leaders he informed that Ramalal from BJP  and Rajanath Singh the president of BJP will also be present on 8th of March.

Answering the question on RSSs’ role in election he said that  RSS has always taken stand that voting in the elections should increase, hence RSS svayamsevaks are working towards creating awareness about enrollment and voting among the people. 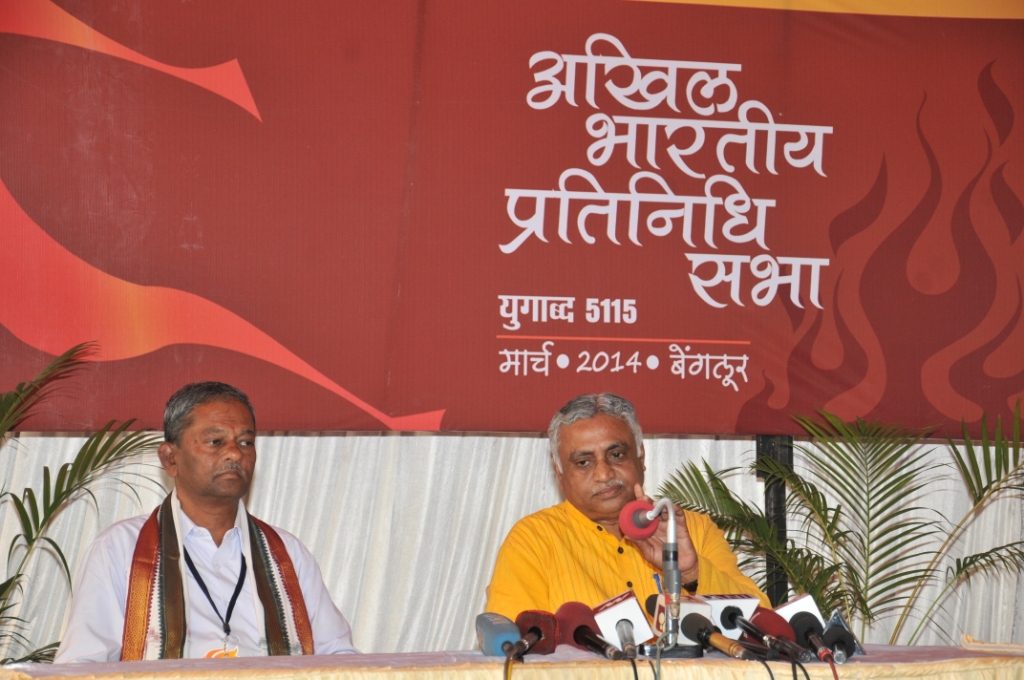