Discussion on Modi – Xi Jinping Summit: The strategic significance and the road ahead

Bangalore 14 September 2014: On the eve of the two days(17&19 Sep) India visit of President of People’s Republic of China Xi Jinping, India East Asia Research Foundation and Manthana Bangalore have jointly organized a discussion on the topic Modi – Xi Jinping Summit: The strategic significance and the road ahead at Mythic Society Bangalore. Speaking on the occasion Tarun Vijay – MP, Rajyasabha and Member, Parliamentary Consultative Committee on External Affairs said ‘The issues in India –China relations is not just 1962 war or border disputes; but it is much more than that. There are Chinese people working in India, CBSE is teaching Chinese in its curriculum, many border road building contracts are given to Chinese companies and many more things are going on. The relation between two countries is more than 2000 years old in which there was only one war. There is long history of relationship between India and China other than economy. China has adopted Indian values. In recent times after the revolution efforts are going on to revive traditional Confucius and Buddhist traditions. Each town in China has a Buddhist temple. Yoga is becoming extremely popular in China. There are lots of shops selling Indian handicrafts products.’

Delivering the opening remarks he said ‘Our idea is that we should understand Chinese cycle, without which we cannot negotiate with them. Hence whenever possible we have to learn more about China. Only a militarily and economically strong India will be in a better position to deal with China. For the first time since independence India is speaking taking a strong position. Narendra Modi is the first Prime Minister who spoke about expansionism. Sushma Swaraj is the first Foreign Minister who firmly said Arunachan Pradesh border issue is non-negotiable. At the same time we need to give a space for controversial issues and trade relations with friendly approach, not through bullets. We have to engage in more diplomacy, more Indians should learn Chinese, and like Chinese correspondents reporting from India more about China from China has to be reported by Indians. More Indians tourists should visit China to understand more about China. Trust deficit in the relation between two countries has to be addressed’

Expressing his opinions on economy and business aspects in Indo-China relations T V Mohandas Pai – Chairman, Manipal Global Education said ‘In 1820 China and India together accounted 45% of the world GDP, since then contribution world GDP of both countries declined. India went through external exploitation and in case of China it is because of internal turmoil.’

Statistically comparing various economic of aspects of two countries he explained ‘Today China has become the factory of the world.  If we compare the economy, China is far ahead of India. What China has done in last 20-30 years is it strengthened agriculture, opened economy, built infrastructures-road networks and rail connectivity, and empowered cities to grow. China is also projecting its culture in the world, through forums like Confucius society, Buddhism. In order to counter we have to keep negotiating with China to open up markets like pharmaceutical, IT etc to India and also empower our businessman.’

R K Mishra – Public Policy expert and Director of Centre for Smart Cities touched the subject of infrastructure and stated that ‘best way to counter China is to get manufacturing shifted from China to India. Infrastructure is the backbone of manufacturing hence we should focus on infrastructure. Get Chinese investment in India; we have to get huge investment that they will not think of fighting with us.’

Prof. Srikanth Kondapalli – Professor in Chinese Studies, Centre for East Asian Studies, School of International Studies, JNU, New Delhi gave a different perspective and cautioned on projecting the rosy picture of China. Narrating the myths about economic prosperity of China he told ‘Unlike India which consumes 59% of its GDP, China consumes only 30% of its GDP and it is an export driven economy. Hence any global economic crisis will have greater affect on Chinese economy. China’s economic growth came with huge environmental degradation; it spends 10% of its GDP on environment.’

Referring the rule of communist regime of China he said ‘We actually don’t know what is happening inside China, there is absolute lack of transparency. In fact the statistics and figures may also be incorrectly projected. Though there is economic prosperity we can’t see smiles on the faces of Chinese people. China has got its own internal problems. China is the second largest country in terms of number of protests. Last year it saw 2.35 lakh protests. Its economic growth rate is falling. The Chinese picture is not so rosy.’

Expressing his opinion on Chinese President Xi Jinping’s India visit, he said ‘Jinping is coming to India to resurrect China’s economy. He is looking to tap Indian market without opening its market to Indian business. The Chinese intention is to counter the US balance which is increasing its Naval presence in Asia. He may intend to put pressure on India to withdraw Indian presence from South China Sea where ONGC has investments and operating. ‘

Expressing the redlines in Modi-Xi summit he said ‘China wants India to handover Dalai Lama, they want Arunachal Pradesh, they want India not to engage with US or Japan in nuclear technology deals’

Dr Giridhara Upadhyaya of Manthan welcomed the gathering and introduced the dignitaries. Radhakrishna Holla anchored the proceedings and Raghavendra Kulkarni extended the vote of thanks. 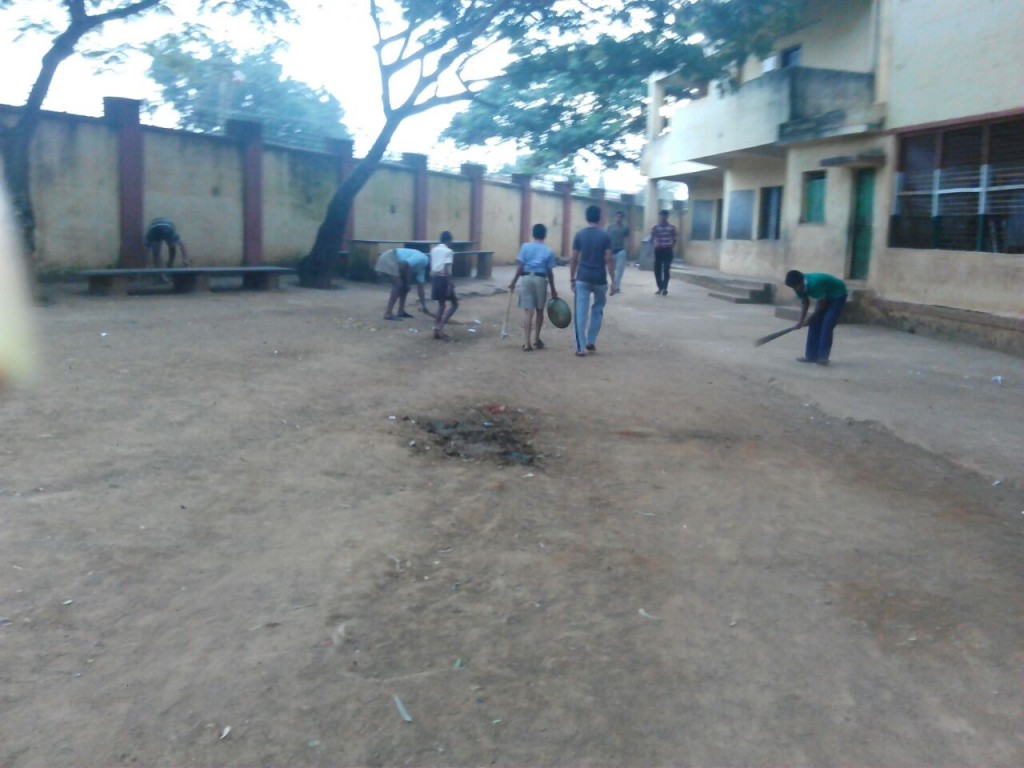