“All of it is a lie, imagination. Such acts will not be done by RSS. The Sangh does not tell someone to explode bombs; its job is character building, creating history. It has no connection with terror.”, he said.

Meanwhile, Swamy Aseemanandji’s lawyer has denied any such interview given by Swamiji to the media which claims the interview. He has threatened a legal action against the magazine.

Thu Feb 6 , 2014
New Delhi Feb 6: Swami Aseemanand, accused in the blasts in the Samjhauta Express, Hyderabad Mecca Masjid and Ajmer Dargah, has alleged that RSS chief Mohan Bhagwat had sanctioned these attacks, reported a magazine. But NIA has clarified that Aseemanand never any such statements during the probe. NIA sources say […] 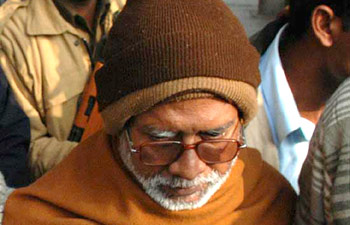