Bengaluru Nov 22: A massive protest was held at Dakshina Ayodhya Kacharakanahalli Rama temple near Lingarajapuram in Bengaluru against the proposal of its demolition. Prakash Raju, a local RSS leader lead the protest, which was supported by a huge gathering.  as the momentum of the protest was bursting heavily; police and DC immediately rushed in to the protest venue. Shankar, DC, assured to stop demolition process.

Though DC assured, protesters still at the venue. “We are for the police and other forces to vacate the venue. They came with all set up for demolition. We will be here till police, demolishing agents here’ said a protester.

“Along with Dakshina Ayodhya Kacharakanahalli Rama temple near Lingarajapuram, other near by worship centres including Sai Baba Temple, premises of ISCKON’s Radhakrishna Mandir, Narasimha temple. Kannika Parameshwari temple were targeted to demolish” alleged a protester. 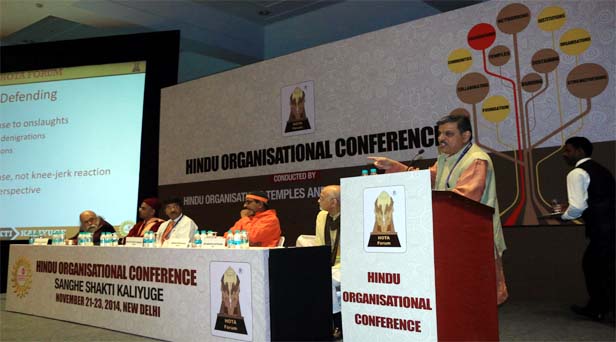