New Delhi May 28:  RSS senior functionary Ram Madhav strongly replied to Jammu and Kasmir Chief Minister Omar  Abdullah who slammed the newly appointed Central government who said ‘J&K won’t be part of India ‘ and ‘Article 370 was the ONLY constitutional link” between the state and the rest of the country. Earlier Omar Abdullah tweeted, “Mark my words and save this tweet – long after Modi Govt is a distant memory either J&K won’t be part of India or Art 370 will still exist.”

He also questioned why the statement about Article 370 was coming so soon. “So the new MoS PMO says process/discussions to revoke Art 370 have started. Wow, that was a quick beginning. Not sure who is talking.”

This morning, the RSS slammed the J&K Chief Minister, asking whether Kashmir was a parental estate of the Abdullahs.

RSS’s Ram Madhav tweeted: “Jammu & Kashmir won’t be part of India? Is Omar thinking its his parental estate? If article 370 or no article 370 in J&K, It has been and will always be an integral part of India.” Wed May 28 , 2014
New Delhi May 28: RSS  has clarified that media reports of “meeting of Union Home Minister and BJP President Rajnath Sing with RSS Sarasanghachalak Mohan Bhagwat Wednesday” is NOT TRUE. Few media reported earlier saying that RajnathSing had meeting with RSS Sarasanghachalak Mohan Bhagwat to discuss as who will be […] 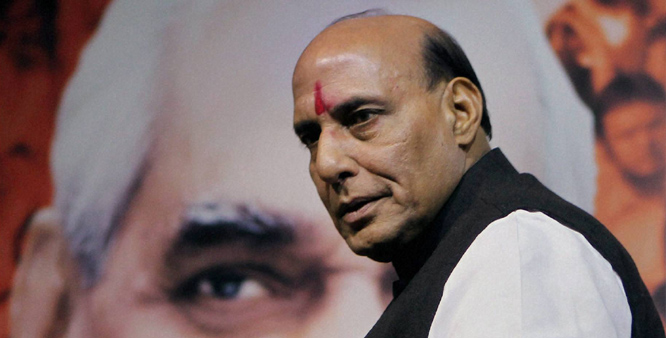