He arrived in style.. the turban he wore reminding the countrymen of a Swami Vivekanand who went to the World Parliament of Religions in Chicago some 121 years ago wearing the same. He invoked Swami Vivekanand a couple of time in his speech to proclaim that ‘India will once again rise to become Vishwa Guru’. And what he spoke was the essence of what Rishi Aurobindo and Swami Vivekanand – the two scholar-saints had wished India to be.

Prime Minister Narendra Modi’s Independence Day address was a visionary exhortation to inspire patriotic action among a billion plus Indians – be it the senior government officials or the ordinary village folks. Gone are the days of reader-Prime Ministers, who blabber extremely uninspiring insipid paragraphs from the notes prepared by some pen-pusher bureaucrat in South or North Block or the ubiquitous PMO. He did not hide behind the bullet-proof chamber, the very sight of which used to send chill in the spines of ordinary Indians reminding them of how insecure their own Prime Minister was and they themselves ought to be.

From the open podium on the ramparts of the historic Lal Khila – the Red Fort, with the triumphantly fluttering Tricolour behind him Prime Minister Modi declared that his course was going to be different. From the very first sentence itself he sent out a clear message to the countrymen that here is a leader who is different; who calls himself not the Prime Minister of the country but the Prime Servant – Pradhan Sevak. Through the entire 65-minute extempore address which forced many to introspect and also look for their kerchiefs he didn’t speak to the mammoth 20,000-strong audience in front of him alone, nor to the officials – civilian and military on both sides of his podium; he was speaking to the billion plus Indians; he was actually speaking on behalf of them.

The Prime Minister had a vision, and most importantly an action plan too. That is brand Modi. Those who are familiar with Gujarat know that Modi is a visionary-doer; not just one of them. For a vision to manifest in action one should know the path. Modi knows the path. That is why he repeatedly exhorted that he wanted the support of every political party, the industrialists, the Indians abroad, the youths of our country, the women, the parents… practically his agenda involved every Indian. It is participatory governance rather than representative governance. He wants to make every Indian a stake-holder in India’s progress and he thinks that it is possible.

He is a modernist when it comes to the tools of his vision. He talked about e-governance proclaiming it as effective, efficient and economical governance. He envisioned a digital India that empowers the last man. He attempted to stir up the latent patriotism of overseas Indians by calling upon them to ‘Make in India’.

At the same time his motivation is very Indian. He didn’t attempt to quote from some unknown author of a failed western country to sound big and intellectual. In stead he dived deep into traditional Indian wisdom and invoked the age-old Hindu dictum ‘Sangachaddhwam Samvadaddhwam Samvomanamsi janatam’. This Rigvedic hymn calls upon the people to ‘walk together, speak in one voice and think collectively’. This should be the mantra of national unity according to him. ‘Vayam Rashtre Jaguyama Sarve’ – another Vedic hymn quoted by him contains the message of patriotism and oneness. ‘Let us all wake up into a nation’ the hymn proclaims.

Through these very native ideas the Prime Minister wanted the countrymen to be inspired and motivated. Prime Ministers have traditionally been using the Red Fort occasion to deliver populist speeches with hoards of announcements of freebies etc. Announcements are important and Prime Minister Modi did announce a scheme or two. But he also made it clear that he was not going to indulge in any deceptive and un-fulfillable promises. Even in the schemes that he announced he wanted public participation in a big way. The cleanliness campaign and building toilets in schools is one such example of how he wanted India to progress on a model of participatory governance.

When Swami Vivekananda spoke at the World Parliament of Religions in Chicago about the greatness of India and Hinduism the world was stunned into silence. But later somebody asked Vivekananda an important question – ‘If your country is great and your culture is great why are your people so poor and backward and in slavery?’. Vivekananda’s reply was: ‘My country and culture are great. But my people have become lethargic and self-centred’. That was why after his return to India he launched a movement in the name of Shri Ramakrishna Mission to reform Indian society.

Wearing the turban the Vivekananda style was not merely a political stunt for Prime Minister Modi. He decided to literally walk in the footsteps of great humans like Buddha, Vivekananda, Aurobindo, Gandhi and Sardar – all of whom he invoked in his address. Reform is anything but populist. To tell the government officials that he was ashamed to see news items glorifying their coming to offices on time; to tell the parents that rapes happen because they don’t discipline their sons as much as they control their daughters; to tell the doctors that female foetecide is a sin and families that boys and girls should be treated equally; to call for a 10-year moratorium on caste and communal politics; to call upon the MPs and MLAs to build ideal villages; to ask corporates to build toilets in schools – all this and more is not easy for a populist ruler in democracy.

But Prime Minister Modi is different. He calls himself and his entire government machinery the ‘servants’. He has the courage to call a spade a spade. But he also has the confidence to achieve his goals and accomplish his vision. He has deadlines for everything precisely for that reason. ‘We have to wage a war on poverty and defeat it’, he declared concluding ‘we can do it’. 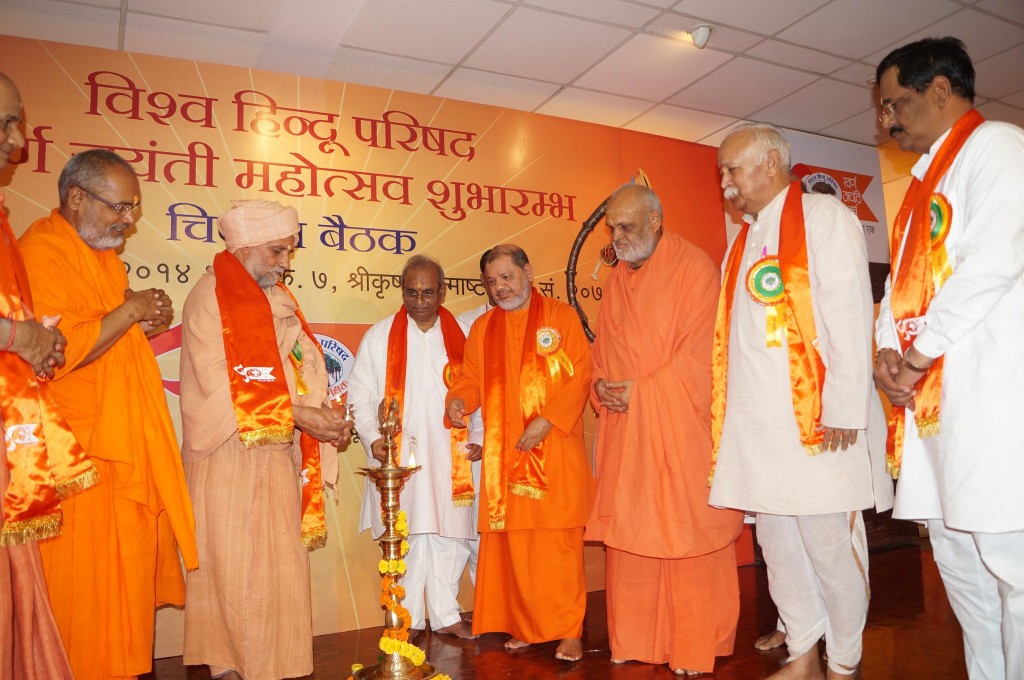