RSS apex body paid tributes to several national leaders, great personalities who expired since March-2014. The confluence began with the obituary paid to the departed soul, who has always been the part of the nations glorious tradition.

Began today, Akhil Bharatiya Karyakarini Mandal Baitak (ABKM) or All India Executive Council Meeting will be concluding on Sunday October 19, 2014.  The meeting will deliberate on reviewing and future planning of organizational matters and activities and some resolutions on key national issues will be passed in the meeting. 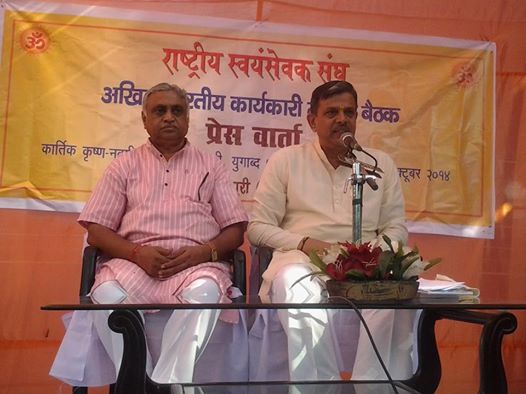