In an telephonic interview today morning from Hyderabad Dr Vaidya categorically denied that the RSS Chief had ever issued any statement as attributed to him by the media.  Dr Bhagwat did not speak to any media person on this issue, the RSS Prachar Pramukh clarified.

It may be noted that the media was reporting on Dr Bhagwat’s statement in which he allegedly made some remarks about the AAP and suggested the BJP to remain cautious about its potential threat.

Several media channels today carried a report that RSS chief Mohan Bhagwat warned the Bhartiya Janata Party to take the Aam Aadmi Party as a serious political opponent in the Lok Sabha elections. “The BJP must take the AAP challenge seriously,” IBN Live quoted Bhagwat as saying during a meeting attended in Hyderabad.

“This seems to be the handiwork of some media persons who are expert in making and circulating table news”, Dr Vaidya clipped.

However, he said that Dr Bhagwat was attending a routine review meeting of RSS functionaries and representatives of its various mass organizations at Hyderabad. This meeting was attended by top RSS functionaries besides office-bearers from ABVP, Vanvasi Kalyan Ashram,  Vishwa Hindu Parishad (VHP), BMS, Bhartiya Kisan Sangh (BKS), etc.

BJP president Rajnath Singh and his predecessor Nitin Gadkari besides Organising Secretary Ram Lal also participated in the meeting for a day only, Dr Vaidya said.

Such meetings are regularly held twice a year in September and January, Dr Vaidya said adding that the occasion is used to exchange observations and notes by the members who travel all around the country, mix and interact with cross sections of the society and participate in various other programs. “This is our routine meeting and no official statement or resolution is passed in these meetings”, the RSS functionary clarified.

The Sarsanghchalak did not issue any official statement nor did he issue any warning to the BJP regarding the emergence and potential challenge of the AAP, Dr Vaidya said and added that to attribute such a statement to him was totally wrong.

Meanwhile, senior RSS functionary Ram Madhav had said that the RSS Chief issued no such warning to the BJP. 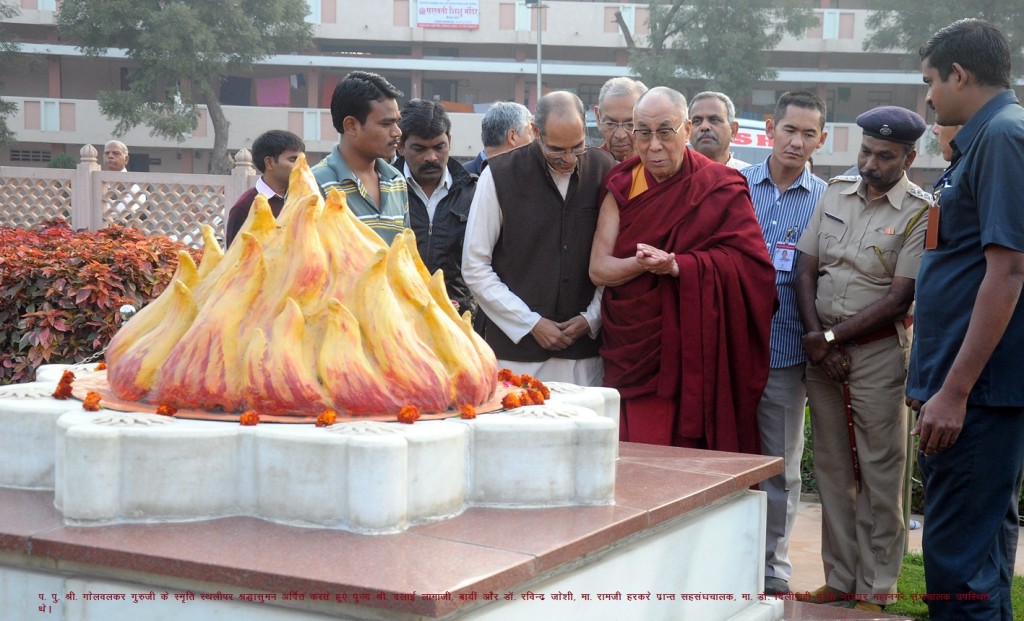