Kayyar Kinhanna Rai (Kannada: ಕಯ್ಯಾರ ಕಿಞ್ಞಣ್ಣ ರೈ) (born 8 June 1915) is an Indian independence activist, author, poet and former journalist.
Rai was born on 8 June 1915 to Duggappa and Deyyakka Rai. His given name is unique since it includes the Kannada alphabet ‘ಞ’ (a palatal consonant pronounced nasally as “nya”), which is used very rarely in the written Kannada of today and is absent in the English alphabet which often leads to various other transliterations of his given name such as Kinyanna and Kinnanna.Rai first learned Kannada in school. Later he published his first handwritten journal, Susheela, at the age of 12. He was influenced by Mahatma Gandhi and also participated in the freedom movement of India. During this period he married Unyakka and is a father to eight children.

Rai started his career as a secondary school teacher. He also delved into journalism and contributed his writings to newspapers like Swabhimana, Madras Mail and The Hindu. He received the National Award for Best Teacher in 1969. He is a writer and poet who has written books on theatre, grammar and children. Some of his famous poems are Shreemukha, Aikyagana, Punarnava, Chethana and Koraga. He has written a biography of Govinda Pai, the Kannada poet from whom he was highly influenced. His other important works are Malayala Sahitya Charithre (History of Malayalam literature),which is a translation of an original work by P. K. Parameshwaran Nair and Sahithya Drushti. He was conferred an honorary doctorate by Mangalore University in 2005. He also chaired the 66th Akhila Kannada Sahitya Sammelana (Kannada Literature Conference), which was held at Mangalore. Some of his poems have been used as songs for the Kannada film, Paduvaaralli Pandavaru (Kannada: ಪಡುವಾರಳ್ಳಿ ಪಾಂಡವರು) which was directed by Puttanna Kanagal. In 1980 he also stood for elections in Kasargod to the Kerala Legislative Assembly but was unsuccessful.

Dr Kayyara’s famous patriotic song ‘Aikyavonde mantra’ ಐಕ್ಯವೊಂದೇ ಮಂತ್ರ and ‘Ennedeya bisirakta’ ಎನ್ನೆದೆಯ ಬಿಸಿರಕ್ತ  was one of the most sung patriotic song in RSS camps and shakhas, which inspired thousands of youth to think and work for the motherland selflessly.

Rai has been a campaigner for the merger of Kasaragod district into Karnataka. One of his main goals is to seek the implementation of the Mahajan Committee Report, which urged the inclusion of the northern part of Kasaragod district (to the north of the Chandragiri river) into Karnataka. He founded the Kasargod Merger Action Council (Kasaragod Vileeneekarana Kriya Samithi) in 2002 to work towards this goal. Describing the goals of this council Rai has said that the linguistic minorities in the district were not against the Malayalis or Kerala State, per se, but were demanding the implementation of the Justice Mahajan Commission report, vis-a-vis the fulfilment of promises made by the former Chief Ministers, E. M. S. Namboodiripad, C. Achutha Menon and Pattam Thanu Pillai, in this regard.He has also lent his hands for the demand of a separate Tulu Nadu state for the Tulu speaking population of India. 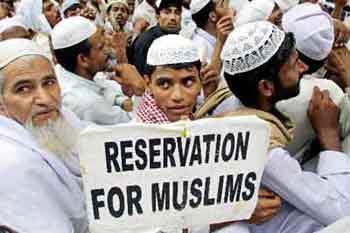