Mata Amritanandamayi – Amma to millions – is a world renowned Hindu saint with a following that cuts across geography, religion, race and community. She has blessed the lives of millions of suffering humanity through her healing touch of boundless love and affection. This ‘Hugging saint’ has received international accolades from the United Nations and many counties for her relentless efforts at alleviating human misery. A personification of divine love, Amma maintains a gruelling schedule of travel to every nook and corner of the world, giving nigh-long sermons, answering the questions of thousands of devotees with utmost patience and responding to thousands of mails and letters. She also administers and manages countless social service projects for the benefit of the poor and needy. Through her hardwork, Amma has inspired a worldwide philanthropic movement.

It is shocking to see such a noble soul being targeted with malice and malevolence by certain evil groups in the West, whose credentials are highly suspect. The book Holy Hell is a despicable attempt by the enemies of Sanatana Dharma and humanity to tarnish the reputation of a great Dharmic movement, the growing influence of which is probably seen as a threat by the fundamentalist and obscurantist religious zealots of the West.

The timing of the book, the totally false and unsubstantiated allegations hurled at Amma’s movement in that book and the immediate lapping up of those vicious and abusive contents by a well-known anti-Hindu section of the media and intelligentsia smack of a sinister international conspiracy. Several Hindu saints and missions were targeted in similar manner in the past too.

We strongly condemn these shameful attempts to berate a holy saint like Amma and call upon the entire Hindu society and the right-thinking world to denounce those behind these machinations as the enemies of humanity.

On behalf of the RSS, I reiterate our utmost reverence for Amma and her mission, and extend support to all the efforts in challenging the nefarious conspiracy against her and other Hindu saints and institutions. 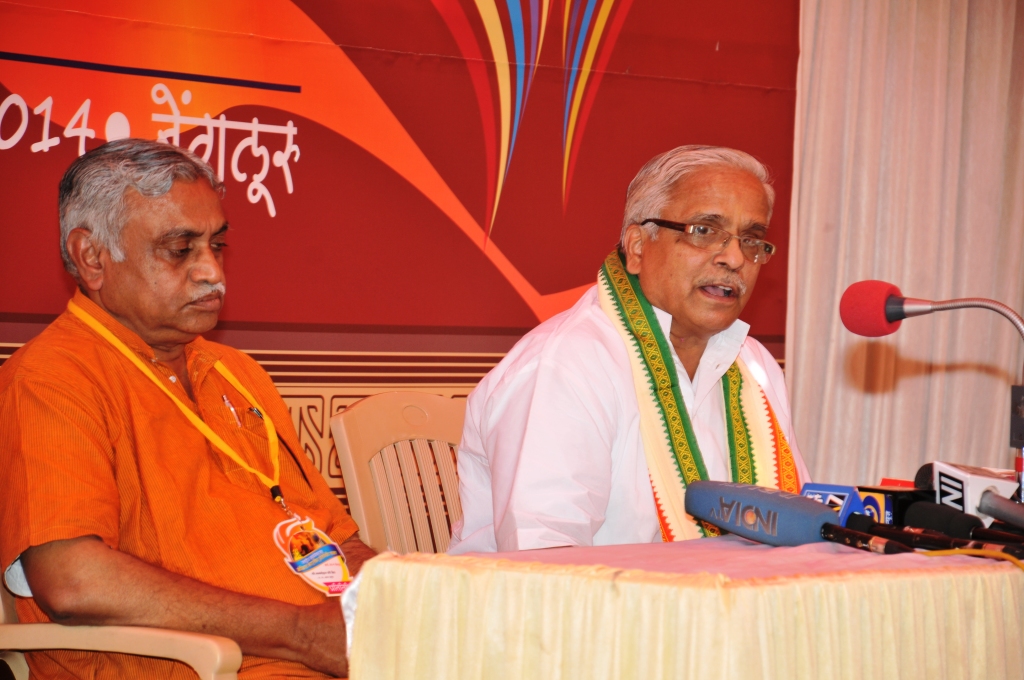