Bangalore June 20: Training which enhances skills to teach Samskrit in Samskrit medium has been started from today for next two days at Samskrit Bharati, Aksharam, Girinagar. 50 teachers from various Primary Schools’ have participated in the program. Mr. S.R.Manahalli (Director: DSERT) was the chief guest of the inauguration ceremony. Addressing the audience he concluded that Samskrit has mixed with other languages similar to milk mixes with water. It is impossible to separate this mixture. Only exception for this is Pundits who are compared to Hamsa pakshi. He also mentioned that in India there are 2600 languages yet we all are one. India is the only country in the world which has such diversity. 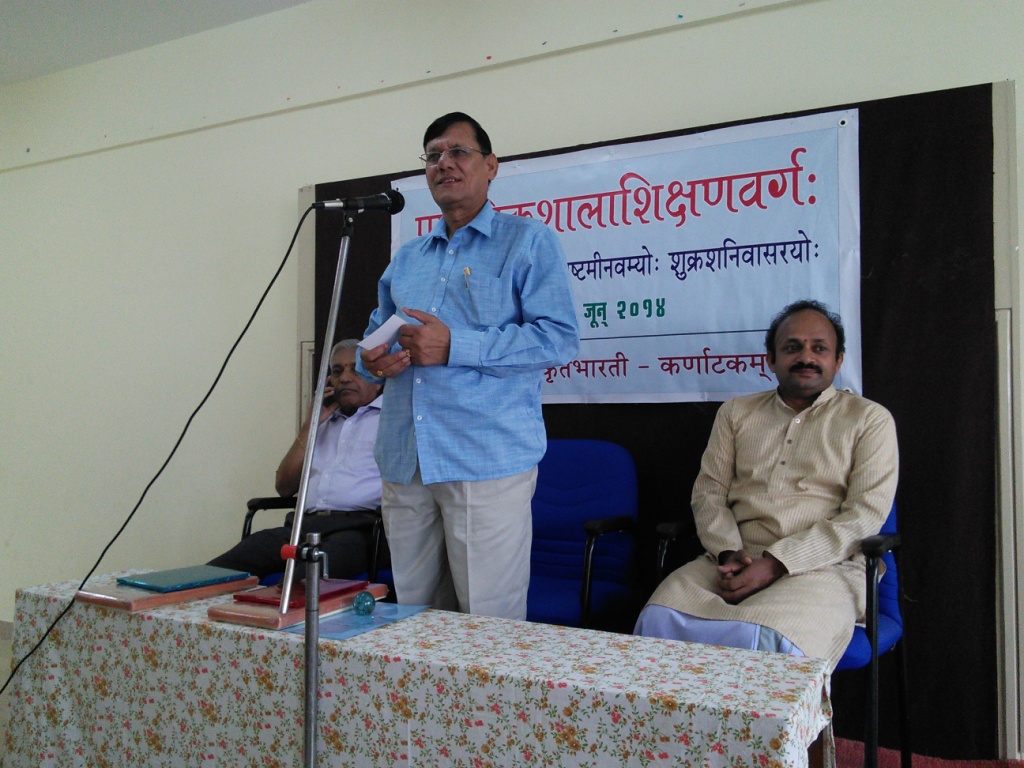