Mangalore, Jan 9: The Jagruta Mahila Vedike on Thursday January 9 held a huge protest condemning the recent Deralakatte incident wherein two students were allegedly kidnapped, blackmailed and forced into having sex by a group. A rally was taken from Dr Ambedkar circle to Nehru Maidan, where a protest meet was held.

Addressing the protest, ABVP national vice-president Mamatha Yadava said, “This land is named after goddess Mangaladevi. Women like Rani Abbakka and Rani Lakshmibai of Jhansi are an inspiration to us. If everybody follows in their example, this nation can become ‘Vishwa Guru’.

“Today many women, girls and even men have joined this protest because of the big challenge we are facing in the society – the problem of insecurity and violence faced by women. Men and women are equals and our Indian culture says they are inter-dependent and are two wings of a  bird. But the western philosophy demands empowerment of woman and equality, but according to Indian culture if a woman achieves integrity she can live with mutual understanding with man,” she said.

“During the Vedic period the woman was trained in handling weapon and warfare, and also in principles and ideologies of the time. Even Swami Vivekananda had said that if a woman is educated she can face her challenges on her own. Women should get decision making power, but today the things that are happening have put us in a state of confusion.

“The state and the central governments should open their eyes and solve the problems facing women. These problems cannot be solved in a day but one day or the other we will surely reach our goal,” she said. “After the gruesome gang-rape in Delhi in 2012, a similar shameful incident has taken place in Mangalore. Though Justice Verma committee submitted its recommendations and amendments were made in rape laws, why are such incidents still continuing? What is the government doing? Women are still living in fear,” Mamatha added.

“In the Deralakatte incident, there was delay in filing rape charges against the accused, which indicates political involvement in the case,” she pointed out.

“Mangalore is an educational hub where love Jihad is taking place. Why is the government still mum on this issue? The state government is not taking any action even though it is its responsibility. In Odisha and Jharkhand women are being trafficked to Delhi in the name of employment. In Karnataka between 2009 and 2011, as many as 24,000 girls went missing, which is really shameful. The government is not giving enough importance to this issue. It should take appropriate measures to put culprits behind the bars,” she said.

She also lamented that though so many days had passed since the attack on a woman at Bangalore ATM kiosk, the culprit is still at large.

“Hence, the Jagruti Mahila Vedike has taken up the task of creating awareness. If the government does not respond, we should kick it out. The government should take the Deralakatte issue seriously and ensure maximum punishment for the culprits,” she said, adding that girls should learn self-defence techniques like karate and judo which would enhance their own safety.

Sadhwi Matanandamayi of Odiyoor Math in her address said, “Women should be like lion cubs. We should be organized and united. Woman has beauty like a flower and also has the qualities of a goddess. We need to create awareness. India was culturally a matriarchal society but western countries were patriarch.”

Ashwini, a college student and member of ABVP also spoke on the occasion.

Dr Kamala Bhat read out the demands placed during the protest meet. These were:

– Goonda Act should be invoked against the culprits of Deralakatte incident, and they should get 20 years in jail. This is incident was gruesome, planned by a network of criminals. The incident is a threat to civilized society.

– The case should be tried in a fast track court so that the victim gets justice on priority. Girls should get proper security and there should be no more incidents of assaults on them.

– A special task force should formed in every district under the guidance of deputy commissioner and superintendent of police. The crime network involved in cases of missing girls in state should be traced and thorough probe should be done in this matter.

– Police outposts should be set up in every college having more than 3,000 students.

– Security should be provided to those who raise voice against injustice.

A memorandum with these demands was submitted to the chief minister and the governor through the DC. 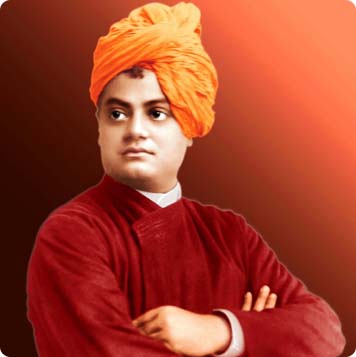