Kolkata October 10: A 13% increase in numbers of Shakhas or daily conventions of Hindu nationalist organisation, Rashtriya Swayamsevak Sangh (RSS), is registered across the country between July 2012 and July 2014. During the period 4,635 Shakhas were started, the deputy-chief of the national publicity wing, J Nandakumar told the journalists in Kolkata on Friday. However, the growth in West Bengal is three times of the national average. The office bearers of the RSS in Bengal had earlier told The Hindu that the number of Shakhas have gone up by nearly 38% in the State in the corresponding period.

In 2012, RSS had 34,761 active Shakhas in the country. In next one year it went up to 37,125 and now (last July) it stands at 39396, said Mr Nandakumar. ““Two years ago, on an average, one thousand persons were joining the RSS each month. Now it has gone up to 7000,” Mr Nandkumar told The Hindu. He further added that the organisation has set up an elaborate network to reach out to the people who are willing to join the RSS. “Once they send us their coordinates, they are contacted by the local office bearers and requested to participate in our initial interaction programmes,” Mr. Nandakumar said.

Mr. Nandakumar has also expressed concern regarding alleged “uncontrolled infiltration” from Bangladesh resulting in recent incident of a blast in Bardhaman district of Bengal. “To make people aware of the negative impact of the infiltration, we formed a platform in the bordering districts as well,” said Mr Nandakumar. The objective of the platform is to raise infiltration related awareness.

In last two years the number of Shakhas had gone up from about 840 to 1,015 in south Bengal zone (stretching from central Bengal to Andaman and Nicobar Island). The weekly conventions (Sammelans) in south Bengal has gone up to about 500 from “a few hundreds” while the monthly meetings of the volunteers in the villages (Sangh Mandali), have multiplied many times to about 1,200 in last few years. Additionally, hundreds of “introductory sessions,” training camps of boys (around 18) are organised routinely. Enrolment in three years’ induction course has also increased.

The growth of RSS in erstwhile Communist stronghold is not limited to south Bengal but has also extended to the northern districts of the State, from Raghunathganj in Murshidabad till Bhutan border, including Sikkim. On a regular basis the north Bengal chapter of the RSS is running 300-350 Sakhas, about 100 weekly Sammelans and 150 Sangh Mandalis. ThePrachar Pramukh (spokesperson) of the RSS in north Bengal, Basudeb Pal had accepted the problem to assemble adequate volunteers to perform all the rituals of a Sakha. “But we have overcome the problem,” the veteran Pracharak had earlier said.

The organisation is allegedly facing “resistance” from the ruling party in the State, complained many office bearers. The Prachar Pramukh of RSS in south Bengal Jisnu Basu had earlier said that the local administration is refusing to cooperate. “In Bankura, Raiganj and Malda districts the administration refused permission for the route-march of the RSS volunteers,” said Mr. Basu couple of months back. However, administration denied such allegations. 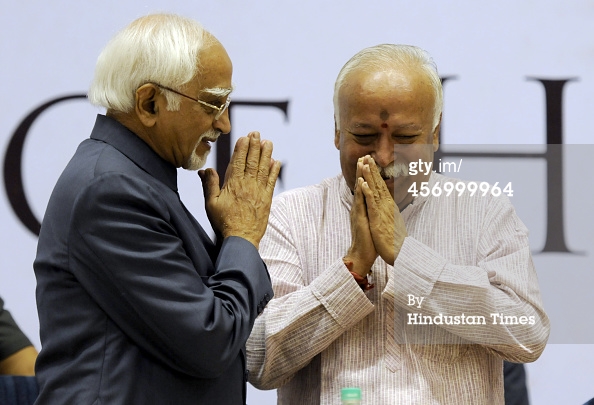