Uttarakhand May 28: RSS former Akhil Bharatiya Seva Pramukh and Chief of Bharat Parikrama Yatra, Sitarama Kedilaya has written a letter to Narendra Modi and congratulated the latter on being elected by the majority Indians as the Prime Minister.

Here is the letter by Kedilaya to Modi:

Congratulations on the huge victory during this ‘Jaya’ Samvatsar.

This is an affirmation by the almighty. In this ‘Kaliyug’, organization is the almighty as in ‘Sangh shakti Kaliyuge’. Likewise, the people have entrusted the responsibility in your hands to build a Bharat that is developed through its villages and dedicated to Dharma and spirituality. Prior to taking the oath, with this ferver in mind you had performed the pooja of Vishwanath at  Kashi. Hence the spirit of Shiva has resided in you. Evil forces will be destroyed due to this. You performed the ‘aarati’ of Mother Ganga and because of this you now have the strength of mother’s affection within you. Due to this the good life sustaining forces will be strengthened and once undivided (Akhand) Bharat will be a reality soon. Bharat will once again be known as ‘Vishwa Guru'(Teacher to the world). This will also ensure the welfare of the entire world. It is then that Bharath will again be at the pinnacle of world glory by the development of life that is based on Dharma, Artha, Kama and Moksha.

Recite ‘Ram’s name. He will be with you.

(Bharath Parikrama Yatra that started on 8th August, 2012 at Kanyakumari has reached Sukhi village of Uttarkahi district in Uttarakhand as on 19th May, 2014. The yatra has traversed through the states of Tamilnadu, Andhra Pradesh, Goa, Kerala, Karnataka, Maharashtra, Gujarat, Rajashtan, Punjab, Haryana and Himachal Pradesh. The yatra will enter Uttar Pradesh on 6th August.)

Wed May 28 , 2014
Aranmula, Kerala May 28: The Chennai Bench of the National Green Tribunal [NGT] today cancelled the environment clearance given to the Aranmula Airport project, in Kerala. The tribunal has also ordered KGS Group, the promoters of the project, to stop all the construction activities going on at the project site […] 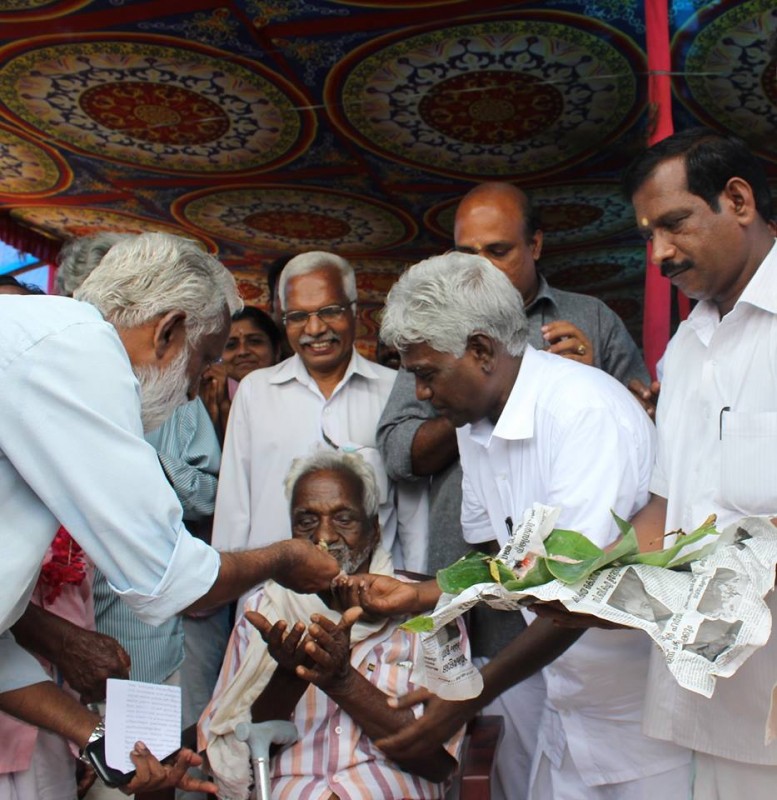