Lucknnow RSS ABKM Baitak October 19, 2014: The 1000th year of coronation of renowned King Rajendra I of the famous Chola Dynasty of Bharat is a matter of great pride and inspiration to all of us. Crowned in 10I4 CE, King Rajendra I had his rule extending not only from the banks of river Ganga to the whole of Southern Bharat but also up-, to Sri Lanka, Lakshadweep, Maldives , Myanmar, Indonesia, Malaysia, Laos, Cambodia and Vietnam. By virtue of his well managed administration and a well organized military, trade, commerce, art, culture, architecture and sculpture flourished under his reign in this entire region.

Literature and pursuit of knowledge also flourished in his times and several books and volumes were written, both in Sanskrit and Tamil. During his rule, several grand temples and Stupas were constructed in Bharat, Sri Lanka and South East Asia which stand testimony to our living cultural heritage. It is testified from his Charter comprising 21 Copper Inscriptions with his royal insignia written in both Sanskrit and Tamil and paying obeisance at the very beginning to Lord Vishnu which are kept by Leiden University of Netherlands.

At the time of Mahmud Ghazni’s attack on our north-western frontier and the turmoil of Euro-Arab conflict, King Rajendra I provided stable rule to ensure peace, prosperity and unhindered trade in the entire South East Asian Region to Bharatiyas, especially Tamil traders and their trade associations. He also established diplomatic Mission in China to promote trade.

He also set up a University for study of Vedas and other disciplines at Ennayirum. Besides ensuring political stability, in order to promote cultural unity and emotional integrity he sent his General Aryan Rajrajan to bring holy water of Ganga, ceremonially received it, mixed it with Kaveri  waters and built a grand lake due to which he came to be known as  Gangai Konda Cholan  [i.e. Chola who brought Ganga].

Remembering such glorious period of our history will be inspirational to the people in the work for national resurgence. All the people of Bharat including Swyamasevaks are called upon to remind Bharat and the world about the achievement of the Chola king Rajendra for providing benign rule with all round progress in such a vast area and to ensure their support as well as participation in all the events related to this incidence. 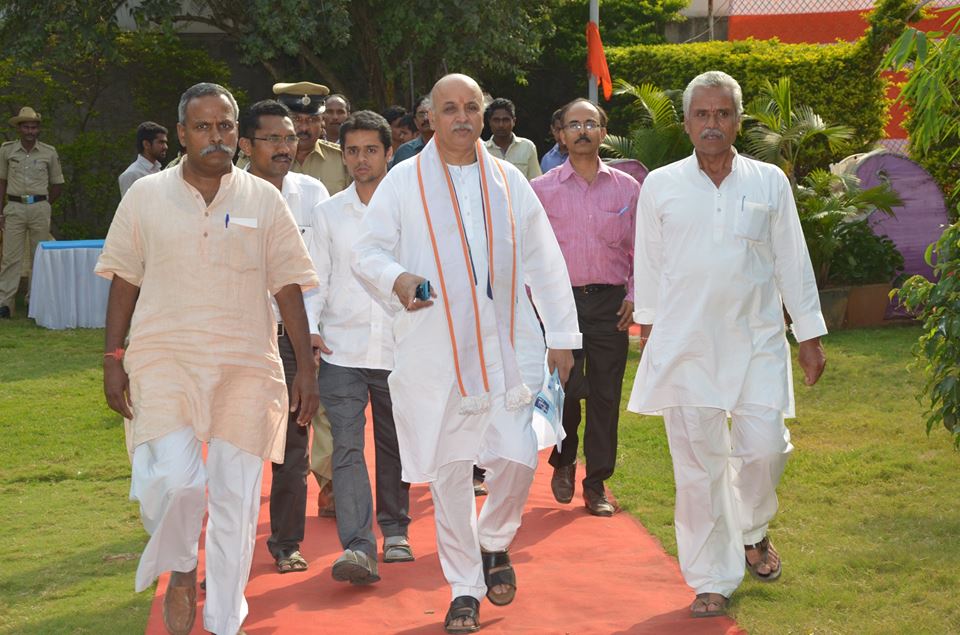