In an unprecedented Sangh history of RSS Tamilnadu, thousands of Swayamsevaks/well-wishers including women (even transgenders) courted arrest on 9th November 2014 in all district headquarters of Tamilnadu as permission was denied for taking out Route March with Sangh Uniform, despite court order.  In all the district headquarters of Tamilnadu Route Marches were planned to mark the beginning of celebrations of 1000thCoronation Year of King Rajendra Chola.  Permission was sought from Police for taking out Route Marches.  As Police refused permission in 7 centres, a writ was filed in Madras High Court and the Hon’ble High Court passed orders directing the Police to grant permission to RSS to take out procession in the routes specified and to hold public meeting in the places earmarked with such reasonable restrictions as they deem fit and proper.  Instead of denying permission, the Police laid the following  restrictions for taking out the procession.

1)   The procession and the public meeting should not be conducted in uniform resembling that of armed forces of the union or police forces.

3)   The members of the procession should not carry band/drum/musical instruments while going in procession or conducting a public meeting.

Immediately, the Advocate, representing RSS, issued a notice to the Secretary to Home Department, Director General of Police and Commissioner of Police stating that any attempt made by the authorities misinterpreting the order of the Hon’ble High Court especially para 20 would attract contempt proceedings.

The Hon’ble High Court had stated regarding Sangh Uniform as follows:

“Arguments were advanced on both sides on the question as to whether the Khaki half-trouser and the white shirt worn by the volunteers of the Rashtriya Swayamsevak Sangh, resemble the uniform of the armed forces of the Union of the police force.  Apart from the fact that no member of the police force today wear half-trousers, the question is of no relevance to the cases on hand, since Section 41-A does not deal with the holding of processions but it deals only with drill, training or assembly.  It is claimed that the Uniform that the volunteers wear, was designed way back in 1920s.  Therefore, the Respondents appear to have raised a bogey, in the form of such an objection and they have taken recourse to a wrong provision of law.  Hence, on a pure and simple question of law, the impugned orders are liable to be set aside.”

In spite of the notice the Police authorities have uniformly denied permission for taking out Route Marches in Tamilnadu in Sangh Uniform.  Therefore, RSS has decided to defy the restriction of wearing of uniform and proceed with Route Marches as planned.  It is pertinent to state here that the Sangh has agreed for other restrictions imposed by the Police.  As a result, the Swayamsevaks/well-wishers including women courted arrest in all district headquarters aggregating a total of more than 35000. There has been unprecedented response from the well-wishers and women for courting arrest.

Particularly in Chennai where the total participants was 8000 including women and well-wishers, the enthusiasm was so high that all came out voluntarily and got arrested.

Despite being a massive public programme in 36 places, the Sangh discipline was maintained fully and totally incident free.

Permission for RSS route march has been denied for a long time in Tamilnadu with the Police taking shelter under laws enacted by the British Government viz., Section 41-A of Chennai City Police Act and Section 30(2) of Police Act, 1861. However, both these acts provided only for regulation and not prohibition.  This has been clearly pointed out by the Hon’ble Judge himself.  In certain districts the Police have laid conditions that the processionists should not even raise slogans like ‘Vande Mataram’, ‘Bharat Mata Ki Jai’ etc ., a clear case of Colonial hangover.

It has been decided to file a Contempt of Court petition in Chennai High Court and proceed legally. 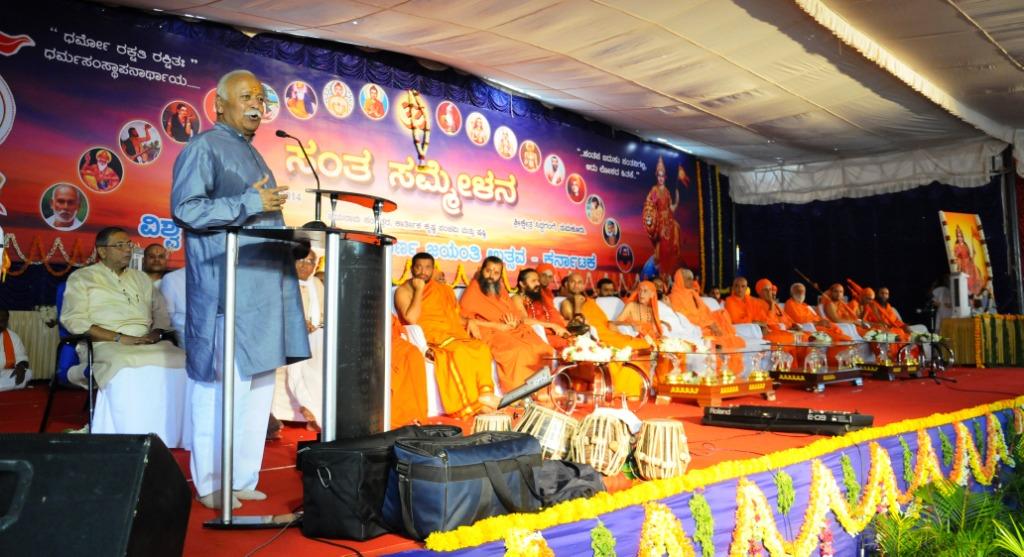