Sri Venkataramu is serving as Pranth Sanghachalak since 2006, in the year of RSS’s Second Sarasanghachalak Guruji Golwarkar’s Centenary Celebrations. On October 23, 2011 Sri Venkataramu was re-elected for the 3rd term in a similar meeting held at Keshavakrupa, RSS State headquarters of Bengaluru.

‘Sanghachalak’ is the Supreme post in RSS at any level of an RSS unit like f a State or Zone or Jilla(District) level.

Hails from Mysuru, Sri Ma Venkataramu known for his contribution for ‘Samarasya Vedike’ a platform for eradication of social evils like untouchability and casteism and to unite the Hindu society imbuing social harmony. He served as one of the State Coordinator for ‘Samarasya Vedike Karnataka’.

After his retirement from the department of Food and Civil supplies as a Senior Officer, Venkataramu is actively involved in different activities of social reforms. He serving as the president of Seva Bharati school at Chamarajanagar district and also at Davanagere district. 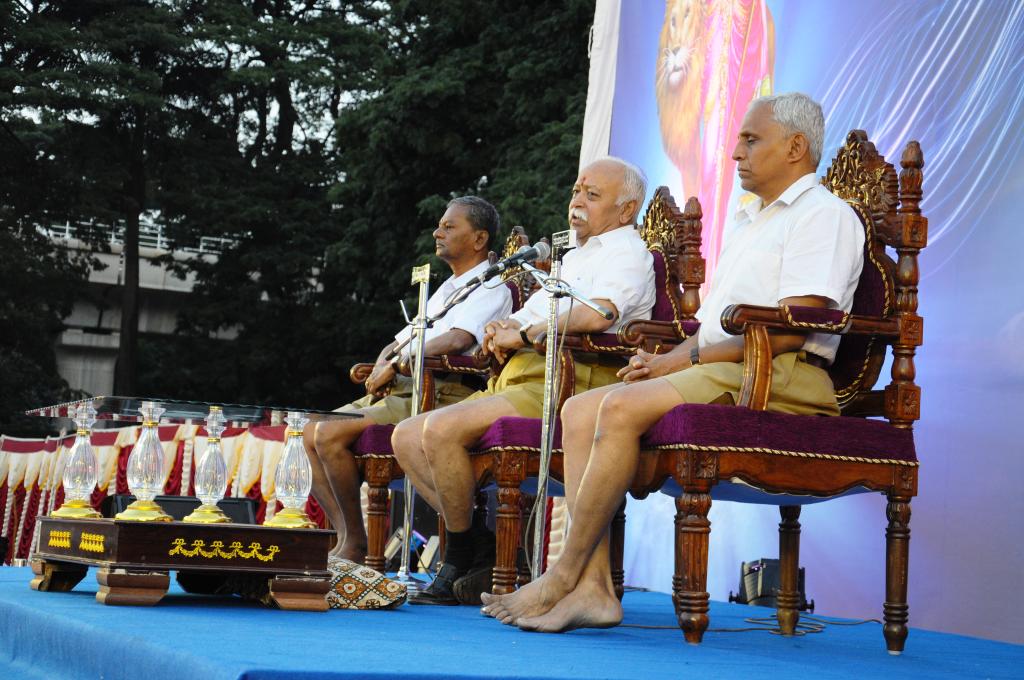