New Delhi, May 24Sat, 2014  There have been two schools of secular forces in Bharat (India) – one that is proud of Hindutva – a model being Sardar Vallabh Bhai Patel who – driven by his deep sense of national dignity – convinced the Nehru Cabinet to furnish its decision to rebuild the Somnath Temple as per its pristine glory – and to that class of people belonged Mahatma Tilak and Mahamana Madan Mohan Malaviya. Malaviyaji was several times President of the Indian National Congress. Today in the Lok Sabha elections, the secular forces that are proud of Hinduness, have been blessed with absolute majority. This model of secularism that aims to reconcile material advance with spiritual elevation and surely development with environmental and ecological balance (i.e., Sustainable Model of Development) shall be the future of Bharat. The other school professes a drill of perverted secularism that entertains no pride in Hindutva (i.e., Hinduness hallmarked by appreciation for manifold paths of experience and expression of Truth; appreciation of the world as a big Family; and holistic work for the Happiness, Health and Blessedness of ALL) but is afflicted by inferiority complex, defeatism, escapism and self-flagellation and states its secular identity by appeasing and gratifying the Jihadi forces. Today a synonym for ‘corruption’ is this ‘perverted secularism’. Today, the Bharatiya Janata Party, under the leadership of Sri Modiji, has obtained absolute majority – and it stands for triumph of the ideas and principles of Gandhiji’s Ram Rajya (Welfare State), Suraajya (Good Governance) and persistent need-based greedless development for the standard of living as well as standard of life of the nation and the country.

There is not even a single issue being voiced by the school of Hindutva pride that cannot be worked out or cracked within the framework of the present Bharatiya (Indian) Constitution – and all these issues are concerned with Development. Saving the Ganga from pollution and ensuring its uninterrupted perennial flow; Saving the Gow-Dhan – the cow wealth – that is complete ecology – from the standpoints of organic farming, bio-fertilizers, efficient fuel, medicine, etc.; Law against cow slaughter to save our cattle-wealth to fight out the atrocious scarcity of cow-milk and ensure White Revolution; Common Civil Code in Bharat is not only a key to the fundamental unity and integrity of Bharat, but its implementation and realization is also binding and mandatory in the light of the decree of the Supreme Court of Bharat; Saving our enduring holistic culture (Rishi-Krishi Kulaachaar), that bloomed and flourished for thousands of years, by incorporating its vitals in the educational curriculum – all these can be done within the framework of the Constitution. The Constitution is nowhere an obstruction in ensuring glory for our Sanskriti (culture) and Sanskrit language. The starting point for Temple Development will be to ensure autonomy for Sri Rama Janma Bhumi Mandir and the lakhs of Hindu Temples taken over by the governments – this obviously incorporates the development of our Teerthas – centres of pilgrimage. Legal prohibition on horizontal religious conversions – it is the necessity of the country to ensure peace and law & order and also wellbeing of the society. All these are doable within the framework of the Bharatiya Constitution. A Bharat free from the terrorist forces, saving the dignity of our Matri-shakti (women), priority for economic development of the poor, guarantee for future of the youth – these are the main issues of society.

All these subjects are those that Mahatma Gandhiji himself and Sant Vinoba Bhave were proud of and still they were ‘secular’. The secular forces that entertain pride of Hindutva have today become victorious and the divisive and polarizing forces under the leadership of perverted secularists have been defeated. This victory is for good governance and development that has transcended the walls of language, religion, sect, caste, clan and put Bharat in good stead as a powerful nation. All the people of the country believe that the issues hanging about awaiting development as mentioned above will be duly addressed and accomplished soon in the coming times. 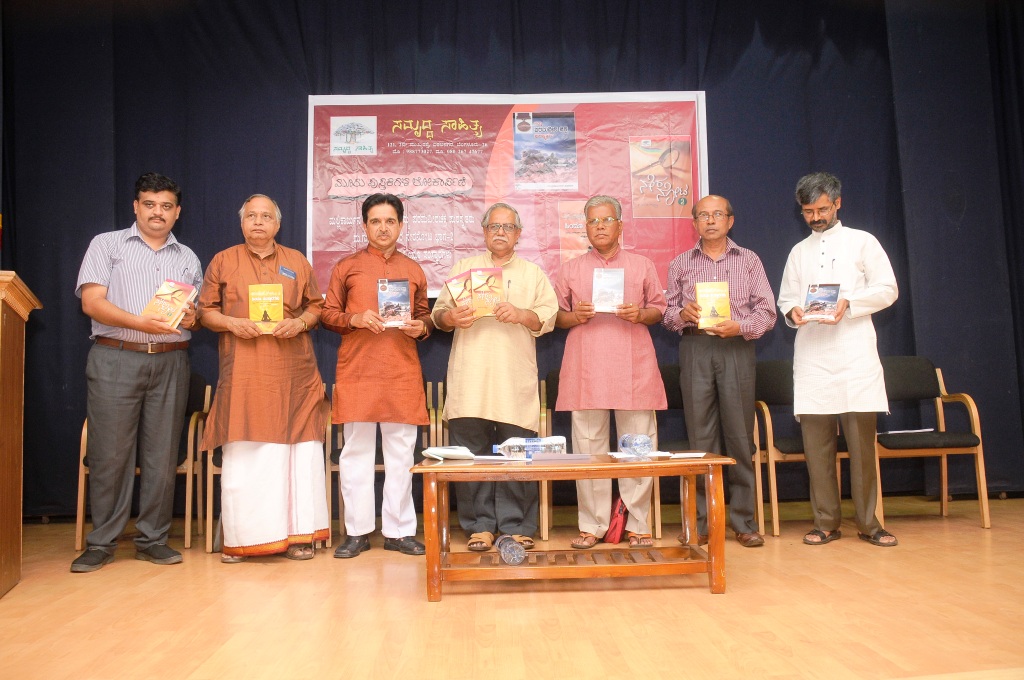