Vishwa Hindu Parishat (VHP) is organising this international conclave as a part of its Golden Jubilee year of establishment.

In his inaugural address, Rashtriya Swayamsevak Sangh (RSS)  Sarasanghachalak Mohan Bhagwat said there would always be a need to realise “sameness of humanity” in the world and the Hindu society can deliver the message. Mohan Bhagwat called for ridding Hindu society of its shortcomings and make India a world leader.  “A Hindu means a human being who seeks unity in all diversity. India had a tradition and task of teaching the world, he said. “The task given has to be done. For that we have to improve ourselves,” Bhagwat said. Tibetan spiritual leader His Holiness Dalai Lama said there was a need to develop “knowledge of mind” and to remember “sameness of humanity”. Addressing the gathering, CV Wigneswaran, chief minister of Sri Lanka’s Northern Province, said difficulties faced by the Hindu community in the island nation did not come to an end with the Sri Lankan government’s war with the LTTE coming to end in 2009.

Around 1,500 delegates, with nearly half of them from 40 countries,  are attending the three-day World Hindu Congress wherein a “strategic positioning” of the Hindu society on world stage would be worked out. The participants have representatives from amongst the Yazidis and Hindus of Pakistan. About the World Hindu Conference:

Organized by the Vishwa Hindu Parishad (VHP), the World Hindu Conference will seek to present the modern face of Hindus and work out ways to increase Bharat’s contribution in world’s GDP (Gross Domestic Product), besides holding extensive deliberations on education, media, politics, economy and other subjects.

Swami Vigyananada, the moving spirit behind this unique event said that the participants of this global event are reputed personalities and organizations and committed to the cause of Hinduism. They are industrialists, academicians, vice-chancellors, scientists, bankers, economists, parliamentarians, journalists and leaders of Hindu organizations.

The Conferences proposed are:

The findings and resolutions of each Conference will be presented to the Congress as a whole, where the entire Congress’ delegates will have an opportunity to critically examine the work of the Conference and offer their input as well.

“The new century demands that Hindu society come together on a common platform with a common purpose and a shared vision to march ahead confidently into the future. The World Hindu Congress will be organized in a joint manner consisting of all like-minded Hindu groups every four years, with each Congress being held in a different part of the world. Now is the time to take the movement for Hindu solidarity to the next level. The main idea behind the World Hindu Congress is to provide a global platform for the Hindu society to deliberate and formulate solutions to the myriad challenges being faced by Hindus throughout the world and to devise workable and tangible solutions that can be implemented,” quotes the web site of the World Hindu Conference. 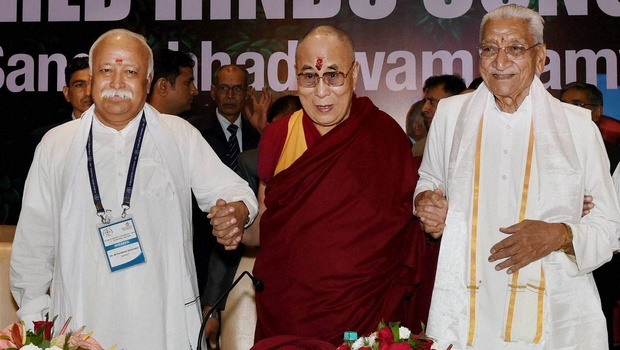