The real danger in India is not majoritarianism but minorityism, a bane we have already experienced. Majoritarianism in the India context means plurality and tolerance. No one needs to fear, says Vivek Gumaste, Rediff.com

Shorn of its sanctimonious pretensions, its holier than thou posturing and its farfetched sociological ramifications, the volley of indignant protests triggered by the live broadcast on Doordarshan of the annual Vijaya Dashami oration of the Rashtriya Swayamsevak Sangh chief Mohan Bhagawat boils down to what it actually is: a classic exposition of unadulterated bigotry; an entrenched antipathy that stubbornly and deliberately refuses to look beyond a partisan superficial cliché lest its long held notions fall flat in the face of logic and facts.

The speech when scrutinised in its entirety proves to be a pristine paean to patriotism. There is nothing even remotely divisive in its content, no chest thumping talk of Hindu supremacy or indulgence in minority bashing.

Outlining his “goal of making Bharat the ‘Vishwa-Guru’ of the world, a model nation that runs on the principles of happiness, peace and harmony……”, the RSS chief exhorts all Indians to “adopt the path of non-violence and constitutional middle path instead of practicing unilateral fanaticism and violence… in matters related to ideological and religious conduct.”

Nevertheless, detractors of the RSS have chosen to engender a controversy. The Congress spokesman Sandeep Dikshit ominously remarked: “It is a dangerous tradition. This is not an organisation which is completely neutral. It is a controversial organisation…”

The Communist Part of India-Marxist politburo chimed in with its two bit: “The RSS uses the occasion to propagate its Hindutva ideology. The national public broadcaster has no business to telecast live the speech of the chief of an organisation like the RSS…”

Even the noted historian Ramachandra Guha could not restrain himself from launching a broadside. Dubbing the RSS as ‘a sectarian Hindu body’ he described it as ‘naked state majoritarianism’.

Calling the RSS a ‘controversial organisation’ does not make it one; similarly the CPI-M’s disapproval does not make it persona non grata. Since its founding in 1925, in direct response to British colonialism and Muslim separatism, the RSS has been subject to extreme vilification. Anti-minority, Hindu supremacist and fascist are some of the prefixes used. But is this campaign of calumny justified? Is the battery of charges valid? Or is this merely an unethical politically motivated smear campaign?

In its 80 and odd years of existence, the RSS has demonstrated an unparalleled patriotic fervour ever ready to serve the nation. The national calamites in which the RSS has rendered yeoman service is extensive: its role in the 1971 Orissa cyclone, the 1977 Andhra Pradesh cyclone, 2001 Gujarat earthquake and more recently the 2013 Uttarkhand floods come to mind.

In times of war, the RSS has proved its immaculate nationalistic credentials. Impressed by its role in the Indo-China war, the then Prime Minister Jawaharlal Nehru reversed his adverse opinion of the RSS and invited the organisation to become a part of the 1963 Republic day parade. Would a secular icon like Nehru accommodate a communal RSS? The present day Congress must do a rethink.

The most appealing trait of the RSS is its unwavering democratic ethos — a heretical statement at the outset to some but let me explain. An ideology is easy to conceive. But what is important is the modus operandi of its application; its translation into practicality by widespread acceptance. The RSS did not take to the streets, did not acquire firearms to fructify its goals. It did the honourable thing.

It established a political wing and took recourse to the ballot box. Painstakingly and patiently over the course of almost a century and thorough periods of fluctuating political fortunes, challenging provocations and trying tribulations, this movement stayed its course. During the Emergency era, it was RSS activists who worked relentlessly to restore democracy. If this is not a commitment to democracy, what is?

To further comprehend the moral integrity of the RSS we need to shift our focus to the Communist ideology that spawned Naxalism: a blood thirsty crusade of mindless violence, lawlessness and coercion that violates both human and democratic values. Need one say more?

Moreover, the seemingly anti-minority stance of the RSS is a deliberate misrepresentation of its broader nationalistic perspective. Here I quote by two eminent Indians to nail this falsity.

Zakir Hussain, former President of India once said: “The allegations against RSS of violence and hatred against Muslims are wholly false. Muslims should learn the lesson of mutual love, cooperation and organisation from RSS” (Source: Varsha Bhosle. Rediff.com March 28, 1997).

K T Thomas, a Supreme Court judge had this to say about the RSS: “I am a Church-going Christian… I developed an admiration for this disciplined core of this country… when I was posted as additional district judge of Calicut… That occasion gave me the advantage of jettisoning many things which the smearing and simmering propaganda made by interested persons outside about the Rashtriya Swayamsevak Sangh. I became a real admirer of this organisation.” (Source: http://www.haindavakeralam.com; August 2, 2011)

Green with envy at the BJP’s decisive electoral victory some intellectuals have taken to raising the bogey of ‘majoritarianism’: a concept that stokes fear of minorities being swamped by an insensitive majority. But the majoritarianism referred to by these worthies is a borrowed Western concept: a danger inherent to uniform homogenous closed societies with no concept of diversity that prevailed in pre Second World War Europe.

To apply this alien concept to the Indian milieu without factoring in the inherent differences in ground reality — the age old Indian tradition of tolerance espoused by our guiding dictum of Vasudhaiva Kutumbakam — denotes gross myopia and rank intellectual mediocrity.

The occasional assertive posturing by the RSS should be seen as a corrective measure; an attempt to reset the needle of India’s moral compass to its original setting of universal tolerance and genuine secularism; a setting that had been skewed by alien invasions and which still persists across the border. The real danger in India is not majoritarianism but minorityism, a bane we have already experienced. Majoritarianism in the India context means plurality and tolerance. No one needs to fear. 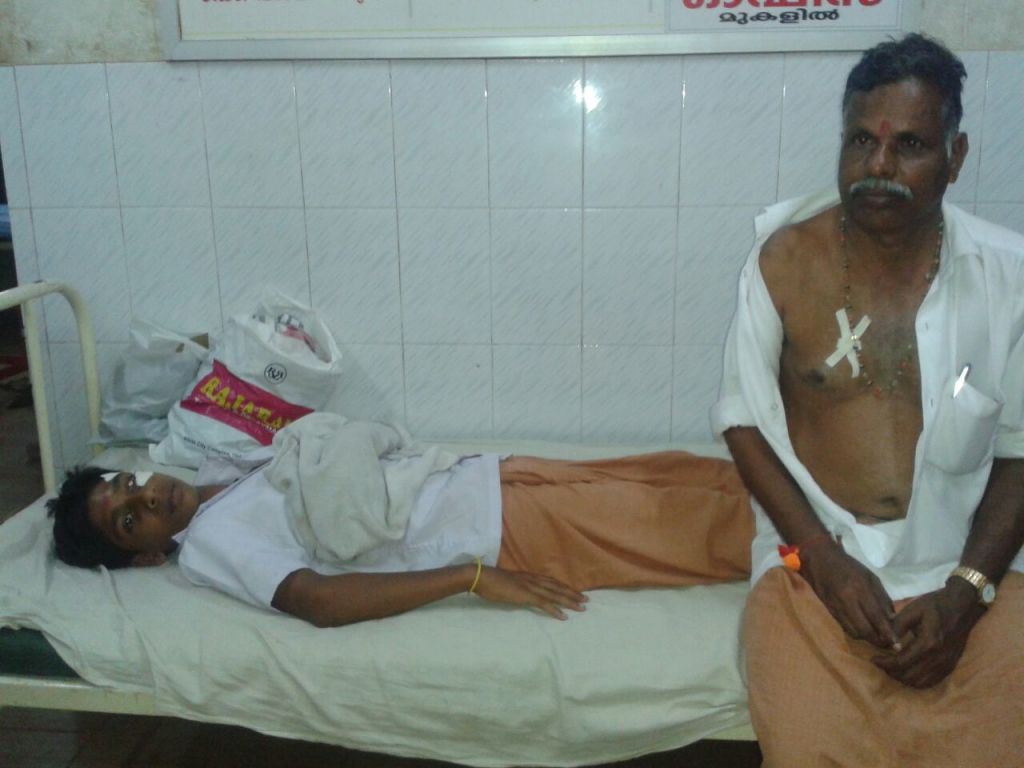