Kochi December 04, 2014:  Former Supreme Court judge VR Krishna Iyer (100) passed away on Thursday at the age of 100 in a private hospital in Kochi, Kerala. Iyer was suffering from some kideny related problems and was admitted in the hospital on November 24. He expired today at 3:30 pm.

Rashtriya Swayamsevak Sangh expressed deep condolences on the demise of an eminent jurist. VR Krishna Iyer was one among them who appreciated RSS, its ideology and activities.

Expressing condolences, RSS Sarasanghachalak  Mohan Bhagwat in his message said “With the passing away of Justice V. R. Krishna Iyer we have lost a great jurist, who had made seminal contributions to turn our judicial system into a vehicle of social justice. A great humanist, he will ever be remembered for the gifts he had made to improve the quality of our social life. It was only recently I had an opportunity of meeting him, which was an invigorating experience for me. What appealed me the most was his sense of purpose and unadulterated love for all, An erudite scholar, he was content with simple ostentatious living. I send my heart-felt condolences to his family and all those who loved and adored him.”.

On October 21, 2013 RSS Sarsanghchalak Sri Mohan Bhagwat met  Justice VR Krishna Iyer at his residence in Kerala. This is the outcome of the letter correspondence they had couple of months before. Sri Bhagavath, in his letter, had expressed his wish to meet Justice Krishna Iyer when he visits Kochi.

Sri Krishna Iyer told Bhagavath that he had invited the wrath of some people due the support he extended to Narendra Modi. But, he does not care. He likes to see and support honest people. Sri Modi came to see him couple of years back. It was his own decision.

Sri Bhagavath told Sri Krishna Iyer that honesty is a precious commodity these days. We, in Sangh, keep on meeting honest people. It is them who influence the social consciousness.

He said that, he has been wishing to meet Sri Krishna Iyer since long time; but, it is materialised only now. It is my good fortune to meet Justice VR Krishna Iyer today, He added that Sri Krishna Iyer  is a fatherly figure for all of us, a true Judge in Words and spirit. He embodies all the noble values in social life, which is fast diminishing. I found him very honest, committed to truth, fearless, sincere and well intentioned.

Vision never blocked his mission; here is an RSS Swayamsevak who stood against all physical odds

Fri Dec 5 , 2014
New Delhi December 05: Blind from his birth, Pradip Kumar of Nizamabad, works as a Public Relationship Officer in an govt enterprise keeps himself busy in social works after his routine office works. In his childhood, Pradip Kumar spent his school day evenings in Shakhas of Rashtriya Swayamsevak Sangh (RSS). […] 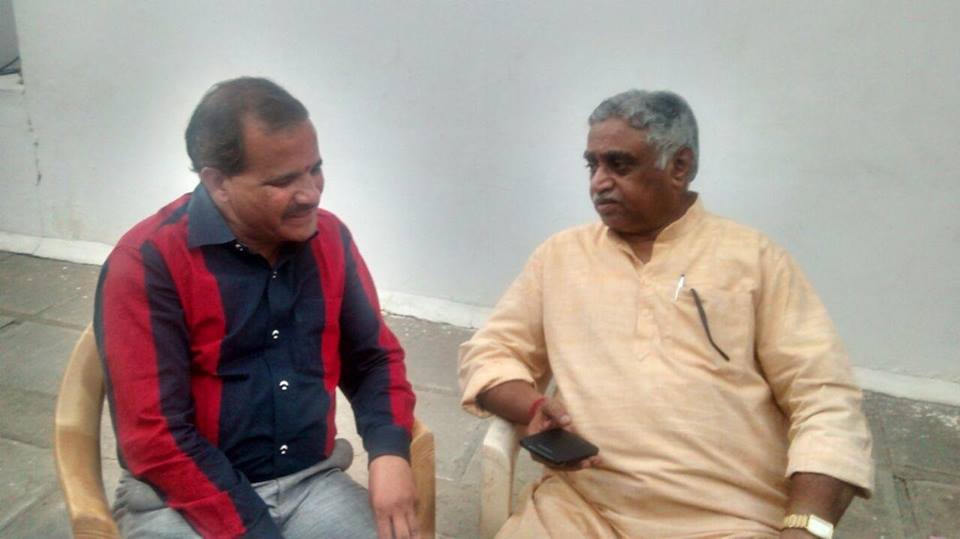