Sat Nov 22 , 2014
Bengaluru Nov 22: A massive protest was held at Dakshina Ayodhya Kacharakanahalli Rama temple near Lingarajapuram in Bengaluru against the proposal of its demolition. Prakash Raju, a local RSS leader lead the protest, which was supported by a huge gathering.  as the momentum of the protest was bursting heavily; police and […] 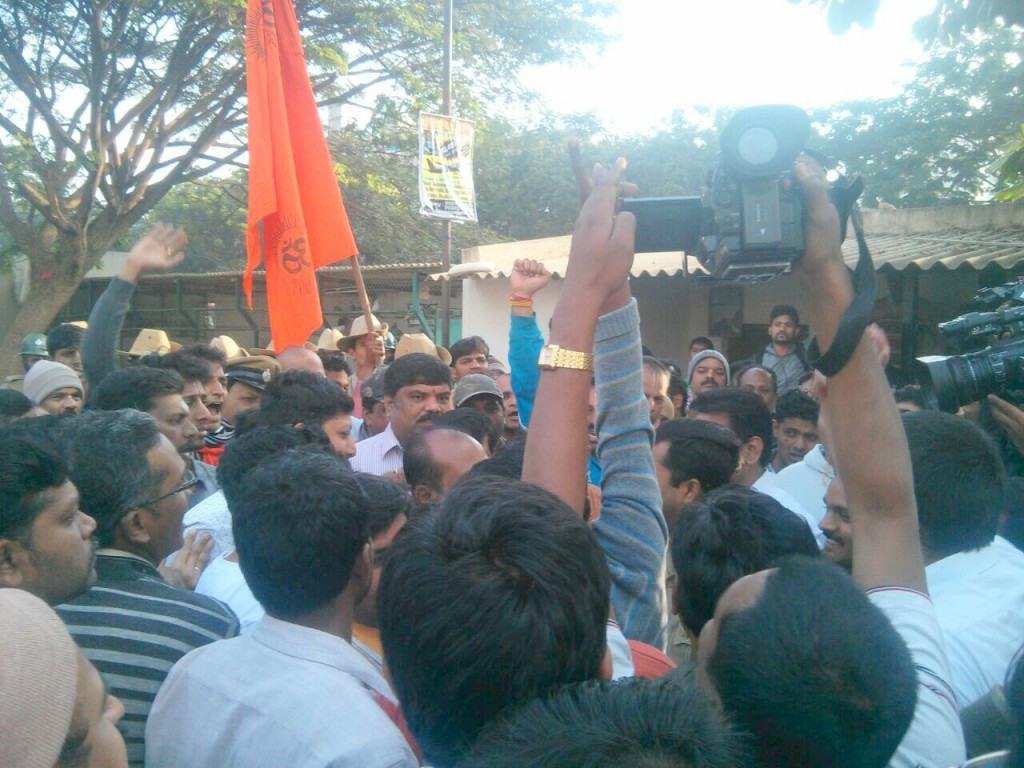