Gaziabad, Feb 9: Asserting that each one born in India is Hindu by birth irrespective of his sect, caste, region and language, Rashtriay Swayamsevak Sangh (RSS) Sarsanghchalak Dr Mohanrao Bhagwat stressed the need to make them realise and understand with pride their Hindu heritage irrespective of their sects, castes, regions and languages. Bhagwat was addressing the valedictory of a three-day-long programme of the RSS units in western Uttar Pradesh in Gaziabad on Sunday. Echoing the stated RSS stand on Hindu Rashta, Bhagwat called upon the RSS swayamsevaks to mix with the society and make them feel proud of their Hindu heritage and culture.

Stressing that Hindu unity will prove harbinger of bliss for the humanity he said that the world will be happy and peaceful once the Hindus are united and awakened.

Bhagwat claimed that the situation, which was against the Hindus for last many decades, was now in their favour.

“Now, we are in a position to weigh and assess our power. It is not the favourable or unfavourable situation which helps us in pursuing our plans. It is our power which ensures our success. But it is also true that currently the circumstances are in our favour. This was not the situation before. In the past, nobody in the world used to care about the Sangh. This has now changed,” Bhagwat told Sangh workers.

The RSS Chief further asserted that Hindutva is a cultural and civilizational ideology and everybody living in India should consider himself a Hindu. India is a Hindu Rashtra: Quoting from Rabindra Nath Tagore the RSS Chief said the in a situation of differences the ideology of Hindutva would unite the society.

He emphasised on the need to bring about “unity” in the country and the role of Hindutva in achieving that purpose. The other countires in the world stress on one language, one god and one religion, but we Hindus learnt to honour and celebrate diversity realizing the underlying unity in diversity, he explained.

Calling for refrain while criticising Pakistan and its policies the RSS Chief said that the more we react the more it will gain importance at the international level. It is time to deal with our neighbours with a definite and resolute policies, he added drawing a parallel between the policies of Narendra Modi government with those of Lord Shrikrishna.

Narrating a story from the legendary Mahabharata the RSS leader equated India’s neighbour with the demon whose original size was very small but could increase its size proportionate to the resistance offered. This has happened with our neighbour who had been getting much publicity at the international level, he said.

When shrikrishna confronted this demon, he did not give him importance neither offered too much resistance as was done by Satyaki and Arjun. Following this the demon was reduced to his original size and Srikrishna caught him has tied him. Indirectly endorsing Modi government’s foreign policy he said that the country needed the policies of Shrikrishna to deal with neighbours.

Terming terrorists as new avatar of demons, he called upon the government and policy makers to frame strategies to completely destroy these modern demons as was done in the yore by the great heroes.

Tue Feb 10 , 2015
Indore, February 10, 2015 : RSS Sarasanghachalak Mohan Bhagwat stated that “Hindutva is a way of life which has a long and rich history of socio-cultural values and teachings; thus it has the power and ability to become a role model for the world at the time when every other country, […] 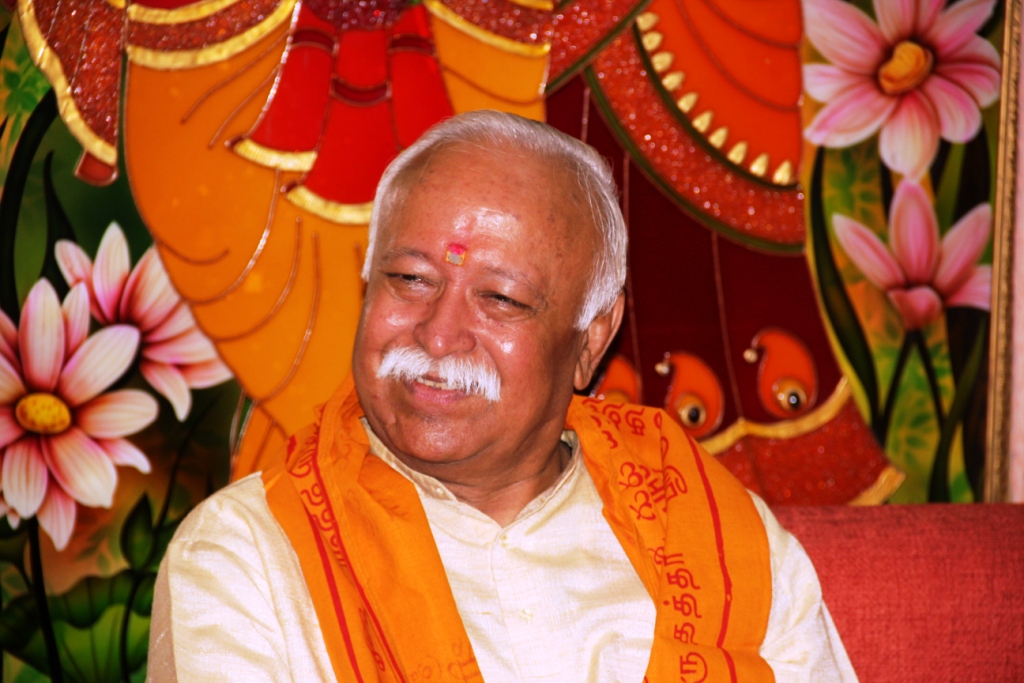