Bengaluru March 08: 50 new books were added to the list of Bharata Bharati series, as newly penned 50 books on different personalities were launched in Bengaluru on Sunday morning. Now the total number of books reached 610.

Bharata-Bharati, is a mega project on small books on personalities who contributed for social welfare being expertised in different walks of social life. The project initiated by Rashtrotthana Parishat, an RSS inspired NGO of Karnataka. In the first series 510 books were released in 1971. 50 new books were released in 2014. Now 50 books were added leading to a total of 610.

Bharata-Bharati book has set a record of on its production and sale, being the Largest sold book series ever in the history of Karnataka literature and print industry. The Bharata Bharti book series has reached almost all schools, student libraries of Karnataka, crossing a record sale about 20lakh books. 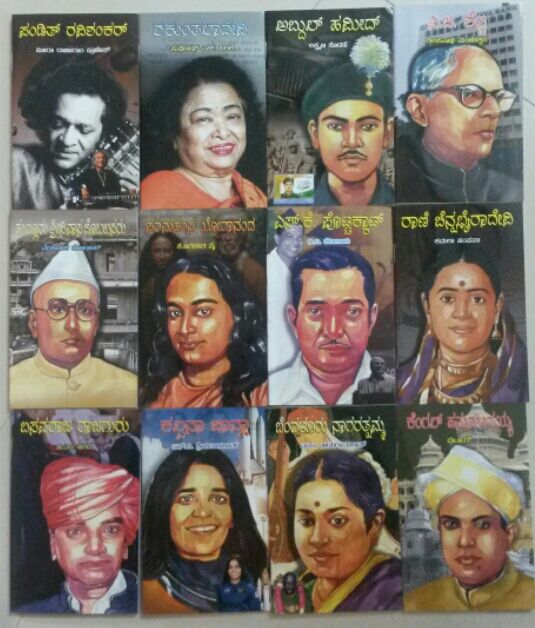