Bengaluru April 30, 2015: ‘For a person, the Education is not a path for earning his bread, it is to make a person Vishwambhar, a person who performs and protects the values in Dharma throughout his life. This should be the purpose of education. ‘ said RSS Sarasanghachalak Mohan Bhagwat in Channenahalli, Bengaluru on Thursday. Adressing on the occasion, Sri Nirmalanandanatha Swamiji of Adichunchanagiri Matha, said ” We focus on making a building taller, also we should focus upon raising the personality of an individual, Everyone’s personality should be taller, which helps for the prosperity of the nation”. The event was attended by several educationists and insdustrialists. Old students of the Janaseva Vidyakendra attended the event.

Janaseva Vidyakendra is an RSS inspired educational institute, founded in 1970. This residential school has students from across Karnataka. The foundation for old hostel building was laid by Prof Rajju Bhaiyya, 4th Sarasanghachalak of RSS in 1995. 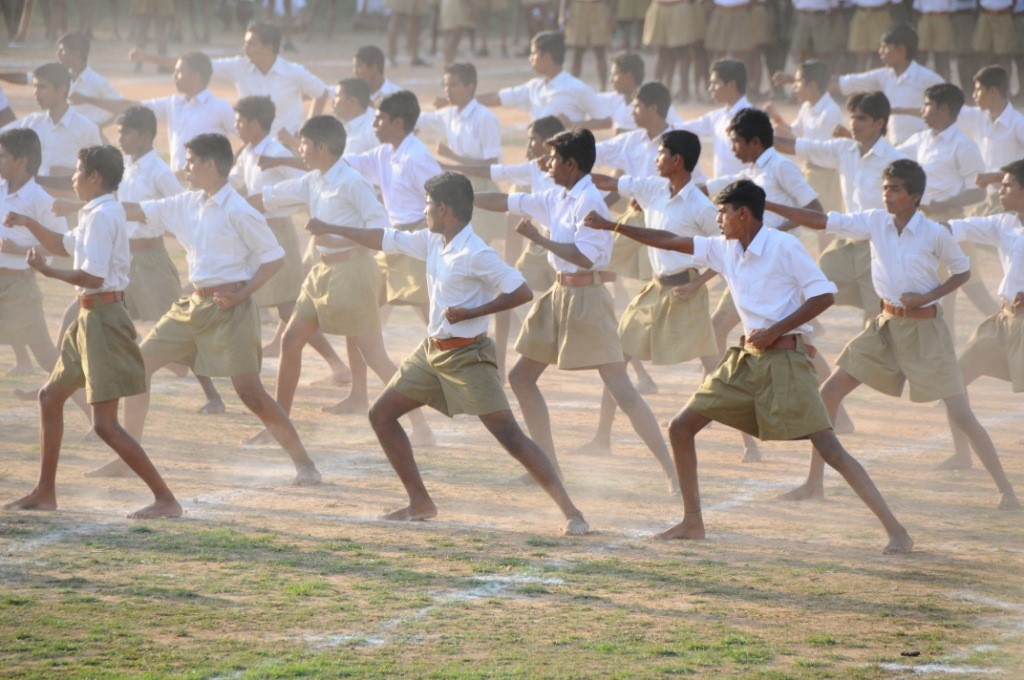