In his speech in Marathi, Bhagwat said “Dharma does not mean puja. It is a combination of character and responsibilities, We never forced anyone to change their worship habits”.

Mohan Bhagwat applauded Veer Savarkar for his fierce nationalism, Bhagwat bemoaned that the country did little to recognise his contribution to nation-building. “What did we, the society give Savarkar? He was dragged into a shameful court case after the Independence. Savarkar’s plaque at the Cellular Jail at Andamans was also removed,” he said.

Former minister from Vidarbha, Jambuwantrao Dhote, who also spoke, said, “Most of the Christians and Muslims here were originally Hindus.” Vinayak Damodar Savarkar (28 May 1883 – 26 February 1966) was an Indian pro-independence activist, politician as well as a poet, writer and playwright. He advocated dismantling the system of caste in Hindu culture, and reconversion of the converted Hindus back to Hindu religion. Savarkar created the term Hindutva, and emphasised its distinctiveness from Hinduism which he associated with social and political communalism. The stated aim of Savarkar’s Hindutva was to create an inclusive collective identity. The five elements of his philosophy were Utilitarianism, Rationalism and Positivism, Humanism and Universalism, Pragmatism and Realism.

Savarkar’s revolutionary activities began while studying in India and England, where he was associated with the India House and founded student societies including Abhinav Bharat Society and the Free India Society, as well as publications espousing the cause of complete Indian independence by revolutionary means. Savarkar published The Indian War of Independence about the Indian rebellion of 1857 that was banned by British authorities. He was arrested in 1910 for his connections with the revolutionary groupIndia House. Following a failed attempt to escape while being transported from Marseilles, Savarkar was sentenced to two life terms of imprisonment totalling fifty years and was moved to the Cellular Jail in the Andaman and Nicobar Islands, but released in 1921.

While in jail, Savarkar wrote the work describing Hindutva, openly espousing Hindu nationalism. In 1921, under restrictions after signing a plea for clemency, he was released on the condition that he renounce revolutionary activities. Travelling widely, Savarkar became a forceful orator and writer, advocating Hindu political and social unity. Serving as the president of the Hindu Mahasabha, Savarkar endorsed the ideal of India as a Hindu Rashtra and opposed the Quit India struggle in 1942, calling it a “Quit India but keep your army” movement. He became a fierce critic of the Indian National Congress and its acceptance of India’s partition. He was one of those accused in the assassination of Indian leader Mohandas Karamchand Gandhi and was acquitted in the trial.

Vinayak Damodar Savarkar, commonly known as Swatantryaveer Savarkar was a fearless freedom fighter, social reformer, writer, dramatist, poet, historian, political leader and philosopher. He remains largely unknown to the masses because of the vicious propaganda against him and misunderstanding around him that has been created over several decades. This website attempts to bring the life, thought, actions and relevance of Savarkar before a global audience. 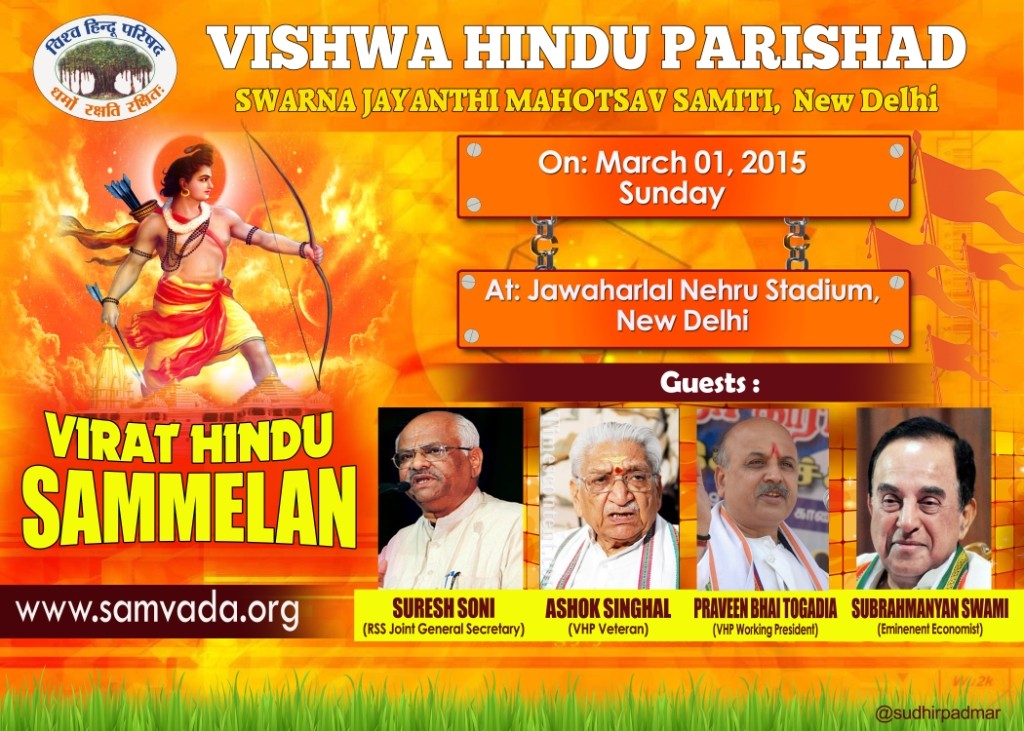