Bengaluru May 22, 2015: Senior RSS Pracharak Sri Chakravarti Tirumagan (68 years) expired on Friday morning 9.30am at Manipal Hospitals in Bengaluru. He was serving as Kshetreeya Sanghatana Karyadarshi (includes Karnataka, Andhra and Telangana)of Samskara Bharati, an RSS inspired forum in the field of Fine Arts. He was serving as RSS Pracharak for last 50 years.

Born in 1947, Chakravarti Tirumagan was the eldest son of the total 6 children for his parents. He became an RSS Pracharak in 1965. He served as Taluk Pracharak in Mandya, Kunigal and many other areas in initial years. He was given the responsibility of Samskara Bharati in Karnataka, when the organisation was established for the first time in the state. Since then Chakravarti Tirumagan’s contribution was most memorable. Under his care, several young talents achieved successful future in the field of fine arts. He started new projects like ‘HARATE’, a special  intellectual on-stage talk show, CHITRA-KAVYA, a special stage show where simultaneous poem composition and an art will be drawn o the basis of the theme of the poem.

During anti-emergency movement in 1975, Chakravarti Tirumagan was jailed in Bellary Central Jail.

Mon May 25 , 2015
Sullia, May 25, 2015: First one in Coastal Mangaluru Area and 6th in the state, a new hostel exclusively for Vanavasi students was inaugurated on Monday May 25, 2015. Kajampady Subramanya Bhat, RSS leader and Akhil Bharatiya Samyojak of Parivar Prabodhan to inaugurated  new hostel, which will be exclusively dedicated for […] 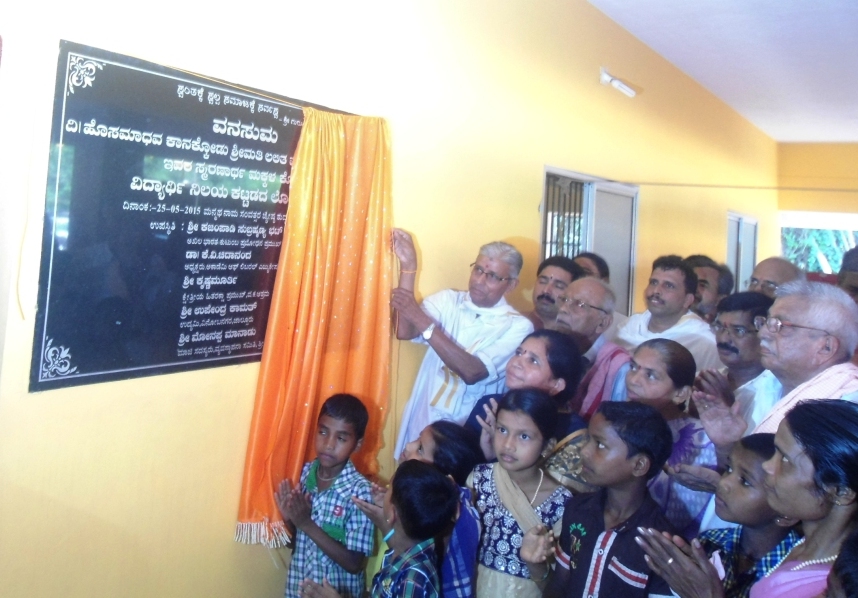