Chennai Dec 3: During the second phase of relief activity, Swayamsevaks engaged themselves in relief and rescue operations at various places of Chennai. Thousands of houses marooned and the communication has come to a standstill. In around 75 places, relief work is being carried on. Some of the relief inputs here under:

Relief material and help from vellore district to chennai:
15 volunteers, including one lady, from RSS and Seva Bharathi of Vellore District left for Chennai with some relief material (the much wanted and scarce vegetables, rice, biscuits and bread, candles, match boxes and mosquito coils) for relief work. Sat Dec 5 , 2015
CHENNAI December 4, 2015: RSS Swayamsevaks are actively volunteering the post-rain relief activities in many parts of Chennai. In Villivakkam, MLA JCD Prabhakaran visited the sangh relief camp and congratulated the swayamsevaks.  He shook hands and said, “Thanks to RSS”. Swayamsevaks also engaged themselves in regulating the traffic. email facebook twitter […] 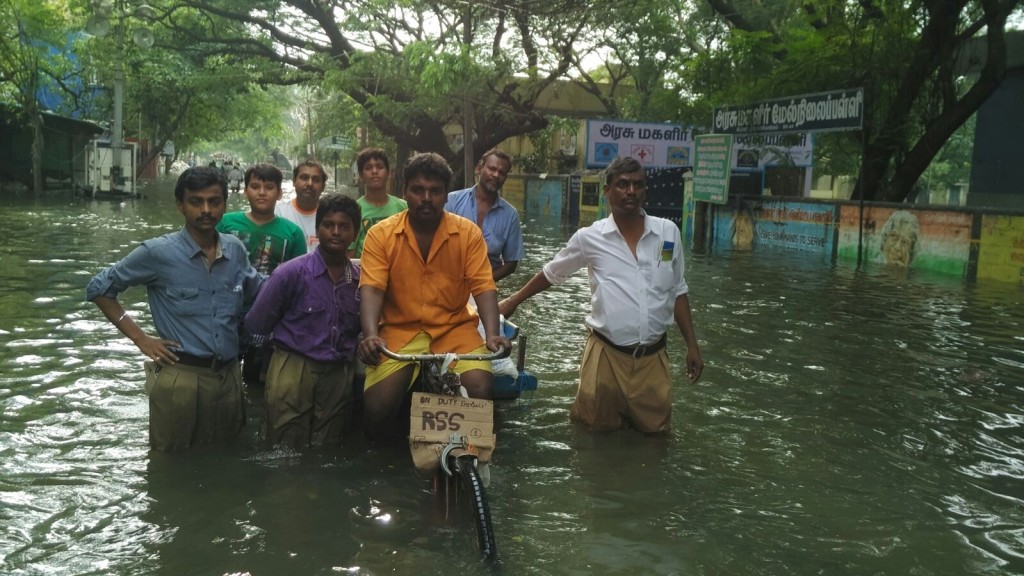