Panaji, Goa November 17: “Culture is the expression of soul of the nation. Land, people and culture gives birth to a nation. For any nation, culture is the key element. Every nation has its own cultural identity. Soul of the nation is spirituality, will get expressed in various ways” said RSS Sah-sarakaryavah Dattatreya Hosabale at India Idea Conclave, a 3-day International Conference of intellectuals in Panaji, Goa on Tuesday morning. Dattatreya Hosabale was addressing on topic “RSS and its Cultural agenda” at the conclave which was Chaired by thinker Sheshadri Chari.

Dattatreya Hosabale clarified that “RSS has no cultural agenda, But RSS has vision and views on Culture, which is to preserve values from practices since centuries and millennium in this nation”. “Seeing divinity in all living and non-living things is manifested in many ways, it is the culture. Indians has seen, felt divinity everywhere even at the highest level concepts like niraakar or nirgun or the level of worships or poojas. ” added Hosabale.

Full text of the speech of Dattatreya Hosabale:

My task is to stick to what has been given as the title for this session, or my so-called keynote. Before going to the cultural agenda of the RSS, I do not know what has been the agenda of Shri Ram Madhav Ji, Shri Vinod Gawde Ji and ShouryaDoval by thrusting this subject upon me. They might be having some agenda I don’t know.

Though much has been said about culture, no definition seems adequate. I know my friend here, AnirbanGanguly, has authored a book ‘Debating Culture’. Even after this conclave people will write about culture for many years to come.

RSS has no agenda per se towards culture. But RSS has a view on culture and not an agenda. This worldview is no different from the society’s or nation’s view. RSS is not into introducing or injecting anything new into the society. What has been a stated practice for centuries and millennia has only been re-iterated by the RSS. RSS calls itself a cultural organization or a cultural movement.

Culture as it has been generally understood, cultural activity, cultural programs, dance, drama, music and performing arts, are considered to be cultural activities of a culture. My understanding is that these are cultural expressions or the values of a society. The Bharateeya society and its people have evolved a worldview over centuries, insofar as to live with other members or the society, nature. This worldview gets expressed through various activities in different departments of life. The basic understanding of this is culture and the cultural expressions are the diverse ways of doing it. It is this diverse culture that is expressed in the famous adage ‘Unity in diversity’.

The RSS views that this nation has ‘one nation, one people and one culture’ and this culture is expressed in varieties of ways. Culture or any nation cultured on key elements or the foundational principles of the elements makes the people a nation. Nation is formed because of land, people and culture. A fine mix of these three gives birth to a nation and the culture is the expression of the soul of a nation. As Swami Vivekananda put it, “Every nation has its own identity, a personality, a message to deliver and that identity is the soul of a nation and expression of the soul is culture.”

Insofar as India is concerned, the soul of our nation is spirituality. That’s why from time immemorial we will see those spiritual principles or experiments of great sages and saints or their visions got expressed in various ways. For example, seeing the same almighty, presence of almighty or divinity in every living and non-living objects is the culture of this nation, this land. And when this gets expressed, demonstrated or manifested, that is the culture. Indians have seen or felt or experienced divinity everywhere. But at the highest level, it might be ‘nirakar’ or ‘nirgun’ and at the mundane level for ordinary people, they have to perform through puja or worship or through various ways of doing things. So that is why culture is the one major or important or only factor that unites people beyond religion, language, territory or any other factors. This is also quoted by Samuel Huntington. After his ‘Clash of Civilizations’ we all know that he came up with another book, ‘Culture Matters’, where scholars, authors, thought leaders from different parts of the world have come to the conclusion that culture is the identity that matters for any nation or people to express themselves as a nation. So culture matters and it does matter.

If religion were to be the unifying factor, then there would not have been so many nations belonging to the same religion. I need not name the religions as you all understand. So what makes people to call themselves a nation? Is it religion or language? Having the same language, people are having different nations. This clearly shows that people speaking the same language or practicing the same religion maybe having different culture and that is why they claim themselves to be a separate, unique nation. This is the view of RSS because this is the view of this nation.

Dr. Radhakrishnanan, a great philosopher and was the president of this country, as the editor of ‘Cultural Heritage of India’ published by Ramakrishna Mission, had beautifully said, “That when we say India, its meaning goes beyond the present day political boundaries.” In the volumes of ‘Cultural Heritage of India’, the editor and other authors of those chapters have considered that India’s culture does not conform to India’s present day political boundaries or borders. So that is why in the preface itself they have made it very clear that when we say India culture it goes beyond that. So what does this mean? Culturally we are one but politically we may be different. This is what RSS believes.

The diversity which we should celebrate is a unique thing and we have been repeating that there should be no uniformity. Unity is different from uniformity. Homogenization of the cultural expression is something that any society abhors it. You can’t have a uniform culture for a people, particularly for India as we are diverse, so-called pluralist, maybe the connotation of pluralism is different and I understand it in a different way. I generally do not use that term but because it is there in the common parlance I used the term pluralist. Then what are cultural expressions if it is not just performing arts? We all know ‘Athithi Devo Bhava’, treat the guest as god who comes at your doorstep. This is the culture of this country. How you treat them is your cultural expression but treat the person who comes at your doorstep as god. This is not learnt through educational institutions. A common Indian, even an unlettered person, understands this and practices it. This does not require special training. The training that is required, as Hari Ji put it, is ‘Samskaras’ which the families in this country are imparting those Samskaras generations after generations.

Nature, river, animal or cow, we have been seeing divinity in all these. Another cultural aspect which this nation, this country, this society has accepted is womanhood. India’s cultural ethos have looked at women not as other societies and other civilizations have approached. I am not saying that they are being right or wrong. They have their view and we have our own. Respecting elders in our own way is our culture. I remember, when JyotiBasu was Chief Minister of West Bengal, at a program, politically his arch enemy and present day CM MamataDidi came on the dais and touched the feet of JyotiBasu. As usual the media people asked, how is it that you touched the feet of your arch enemy? She replied that it is the Bengali culture. This is not only Bengali culture but Indian culture too. What she meant by saying Bengali culture was that she did not see him as her enemy but as an elderly person. So such things gets expressed even in public in our country, even today, even in an arena like politics. This shows that cultural expressions is ingrained in our personalities and has become part and parcel of our DNA. These things may not be imparted in schools through curriculum but through Samskaras.

Civilization makes human being gentlemen and ladies. Culture makes everybody human. Culture is the component which makes us to be human beings. Culture is that thing which makes us, inspires us, provokes us, motivates us, to enjoy at the higher level. The higher level of enjoyment of life is culture. What is that higher level? Higher level is what has been experienced for centuries by human beings and experimented that I have to live with other human beings, nature and live with other living beings. If I understand this and adjust myself with others, and still enjoy my life at a higher level, for a greater value, those fundamental principles and values of life, expressed at a higher level is called culture. As he said, it may not be the same for two brothers in the same family because the level of enjoyment of the two may not be of the same level. This is at the individual level. But at the societal level or a nation’s level, it is the collective expression of these values that amounts to culture. Culture undergo change but values do not as values are universal. Culture is specific to nation, civilization and people. So India’s culture or Hindu culture is the universal values expressed in the unique Hindu way and this is also what RSS has been telling. If you take it as agenda, it is agenda. But I take it as a vision or the view of RSS towards culture.

This is all I wanted to say. 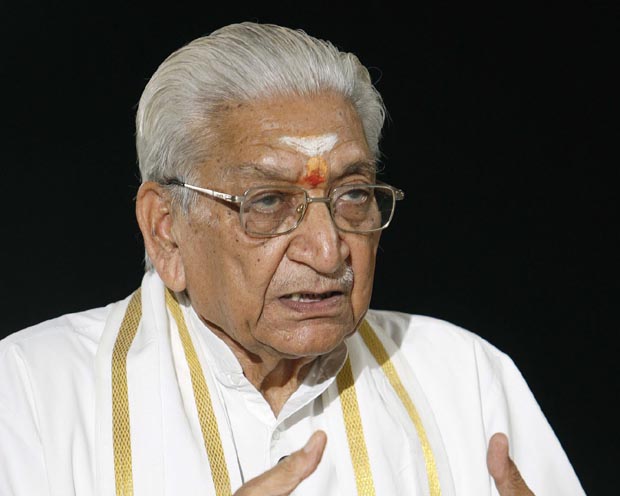