Bengaluru December 1, 2015: Showcasing the service projects run by various socio-spiritual institutes across Karnataka, a 5-day mega Hindu Spiritual and Service Fair-2015 will be held from December 9 to 13, 2015 at National College Grounds, Basavanagudi, Bengaluru.

The event is being organised by Hindu Spiritual and Service foundation, Bengaluru. The event focuses on 6 major themes which are to foster Woman’s honour, inculcate human and family values, instil patriotism, sustain environment, conserve forest and protect wildlife and to preserve ecology.

More than 200 major Socio-religious service organisations will take part in this fair, who will also set up their stalls to showcase the service activities being run by them.

On December 8, thousands of youth, most of them college students participated in mega Walkathon held at Bengaluru as a part of Hindu Spiritual and Service Fair, which will begin from wednesay at National College Grounds of Basavanagudi, Bengaluru.

Thousands of youth, most of them college students participated in mega Walkathon held at Bengaluru as a part of Hindu Spiritual and Service Fair, which will begin from wednesay at National College Grounds of Basavanagudi, Bengaluru.

Inaugural – The inaugural ceremony will be held on December 9th at 5.15 pm in which the Hon. Governor of Karnataka Vajubhai Vala will be the Chief Guest. The public function will be graced by the Holinesses Sri Shivaratrishwara Swamiji of Sutturu Math, Sri Nirmalanandanatha Swamiji of Adichunchanagiri Math and Sri Gangadharendra Swamiji of Swarnavalli Math. Eminent economist Sri S Gurumurthy will address the inaugural ceremony.

Vandana  – Each day there will be a special event called ‘Vandana Program’, to promote the socio-spiritual values among the youth. The ‘Matruvandana’ program has been organized on 9th December from 2PM – 3PM at the same venue. The ‘Matruvandana’ program will be graced by Sri Madara Chennayya Swamiji of Chitradurga, Sri Bhavanatheertha Bhattaraka Swamiji of Kanakagiri Math, Sri Madhu Pandit Das of ISKCON, Sri Sangananda Bante of Baudhavihar of Kalburgi, Sri Mukhyagranthi Jnani Baladev Singh of Gurudwar Bengaluru and Poojaniya Yatishwara Neelakantapriya of Sharada Niketa of Kulur. Many other Swamijis will also be present during the event. On 10th December, ‘Guru Vandana’ has been organized from 11AM to 12.30PM in which Pujaniya Bhavatarini Vivekamayi Mataji and Educationist Dr K Sameer Simha will address the gathering. On 11th December, ‘Gou-Ganga Vandana’ will be held in which Pujya Sri Sri Shadakshara Swamiji of Adi Jambava Math of Chitradurga and Dr. Ramesh KP, Chief Scientist at NDRI will address. On 12thDecember, ‘Prakruthi Vandana’ is organized where Sri Santosh Guriji of Ayur Ashrama, Sanskrit scholar Dr TS Sathyavati and Environmentalist Dr. Yellappa Reddy will address the gathering. On 13th December, ‘Paramveer Vandana’ will be held where Sri Sri Ravishankar Guruji of Art of Living and renowned orator and founder of Yuva Brigade Sri Chakravarti Sulibele will speak on the occasion.

Cultural – The fair will also witness several art and cultural events by world renowned artists at the venue daily from 7PM to 9PM. On 9th December, ‘Bharatotsav’ – an amalgamation of Indian dances will be performed by Sneha Kappanna & Troupe. On 10th December, a special puppet show on ‘Rajasuya Yaga’ by renowned ‘Dhaatu Group’ will be held. On 11th December, a Light music event titled ‘Parampara’ by Smt. Sangeetha Katti & group has been organized. On 12thDecember, “Ojas”, a dance event which showcases the beauty and spirit of Indian dances will be performed by Nirupama – Rajendra & team. On 13th December, ‘Rashtra Devobhava’, A Song-Drama sequel by Sanathana Natyalaya will be held.

Seminars – Each day from 3PM to 5PM, there will be a seminar on socio-spiritual issues at the Fair. On December 9th, from 3-5PM, Shri V Nagaraj, Honorary Secretary of Mythic Society will speak on the topic of ‘Temples as the centre for social transformation’. On 10th December, Shri GK Mahantesh, Founder Trustee of Samarthanam Trust and Shri Dharmendra Rangyan, Director-IT at Cisco Systems, will talk on the topic of ‘Corporate Expectations on NGOs for CSR Funding’. On 11thDecember, Dr. B Mahadevan of IIMB will speak on ‘Inspirational Leadership – Lessons from Bhagavad Gita’. On 12th December, Economist Shri S Gurumurthy and Shri Gopal, Zonal Organizing Secretary of VHP, will speak on ‘Seva and Social Harmony’.

Special Attractions – As a part of Hindu Spiritual and Service Fair, a mega walkathon will be held on December 8th at 9.30am in Bengaluru. Several competitions have also been organised for the School students, including Online Dharma quiz, poster making and essay and speech competitions. Yakshagana and cultural programs by School children will be held daily from 4PM to 6PM. Desi Games, for children who visit the exhibition, Sanathana Dharma Tree, special organic food court , Book Stalls of various service organizations, cultural and service exhibitions have also been arranged at the fair.

The fair will be open for the public from morning 9am, till night 9pm. Entry will be free. (No entry fee). 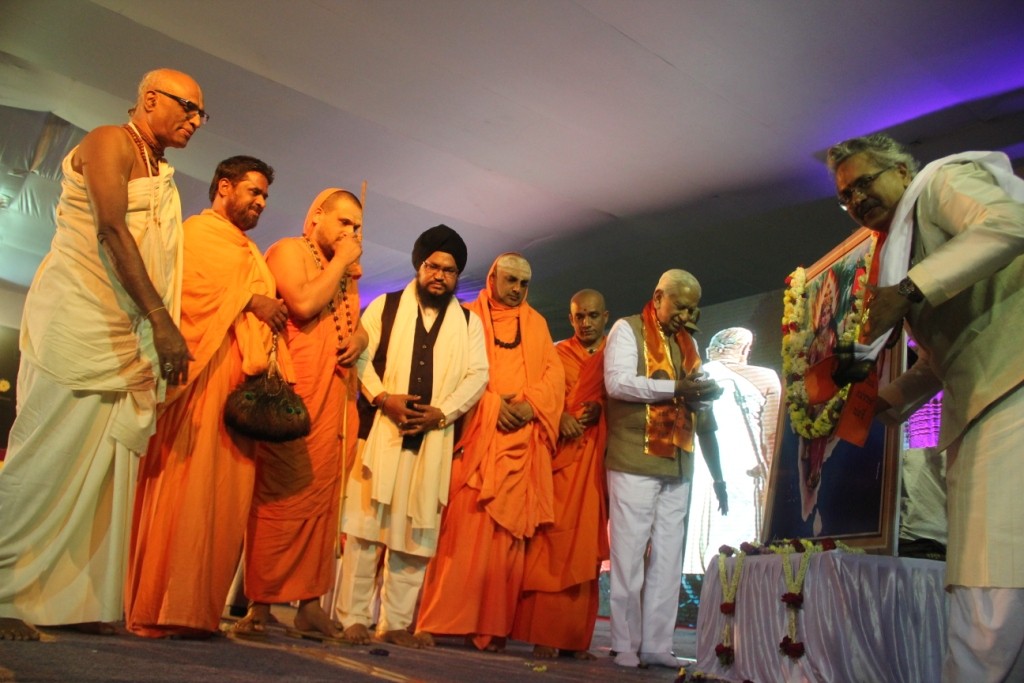