Nearly 200 major Socio-religious service organisations of Karnataka took in this fair, had set up their stalls to showcase the service activities being run by them. “The Hindu spiritual and service fair provided a platform for spiritual and service organisations and also to motivate, involved the public to be part of the process of social transformation. Nearly 3 lakh unique visitors visited the fair”, said an organiser.

Afternoon, a special dance show based on Yoga postures was performed by ‘Yogashree’ group, a forum for Yoga in Bengaluru. Later Dr Aralu Mallige Parthasarathi and his team chanted ‘Samoohika Vishnu Sahasranama’.

At the valedictory, Dinesh Kamat, National organising secretary of Samskrit Bharati addressed the gathering. “This Mela is successful in its goal. This fair was all about a self-realization of ourselves. We should respect ourselves. Its all about realising our legacy, culture and traditions, more importantly the practice of ‘seva‘ by common citizens of this nation” said Dinesh Kamat.

Our temples are not just centers of  worships. but are the centres of social transformation, said Dinesh Kamat quoting the example of Siddaganga Math in Karnataka for its great service for  education. Several such organisations are involved in silent social transformations, he said.

“Doing service to another without any expectation in return is called Seva. Its a vision given by the our Dharma.Ours is a nation based on values of Dharma. ” added Dinesh Kamat.

Noted Scientist, Head of Mangalayan Project Dr Mailaswamy Annadorai was the chief guest on valedictory. ‘Science and Spiritualism are always will work together in service of humanity’, he said.

At night, a special dance show ‘Rashtradevobhava’ was performed by Sanatana Natyalaya Mangaluru. 'Till there is Social Discrimination in the Society, Social Reservation is needed': RSS Chief Bhagwat 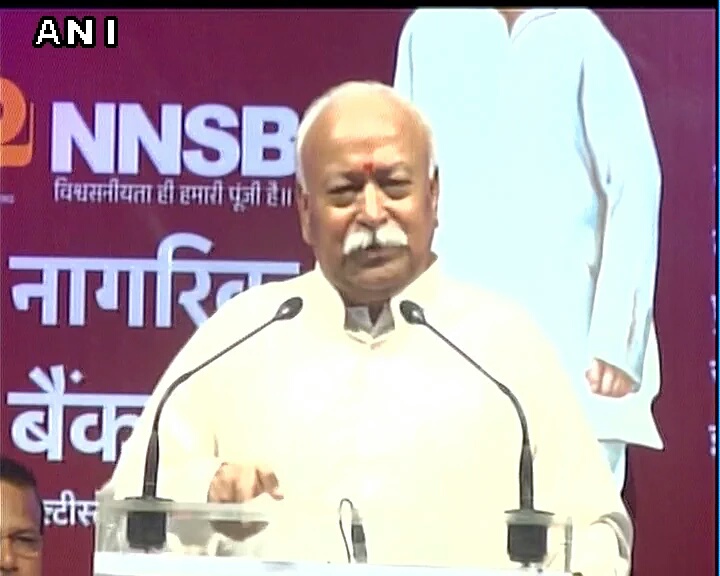