Addressing the press conference in Bengaluru, eminent economist S Gurumurthy and President of reception committee of HSSF-2015 Vijaya Sankeshwara said “The Hindu spiritual and service fair will provide a platform for spiritual and service organisations and also to motivate, involve the public to be part of the process of social transformation.”

The 5-day conclave will be expected to be attended by nearly 10 lakh citizens of Bengaluru and nearby districts, which is first of its kind in Bengaluru.

The event is being organised by Hindu Spiritual and Service foundation, Bengaluru. The event aims on 5 major themes, to foster Woman’s honour, to inculcate human and family values, to instil patriotism, to sustain environment, to conserve forest,  protect wildlife and to reserve the ecology.

More than 200 major Socio-religious service organisations will take part in this fair; will set up their stalls to showcase the service activity being run by them. As a part of Hindu Spiritual and Service Fair, a mega walkathon will be held on December 5th, 9.30am in Bengaluru. Several competitions were organised for the School students.

The event to conclude on December 13th Sunday evening.

Fri Nov 13 , 2015
Bengaluru November 13: Vishwa Hindu Parisahat staged massive protest condemning the killing of VHP functioanries, other activists and strongly opposed Tippu Jayanti celebrations by Govt of Karnataka in the state. Protest were held at all district headquarters of the state. VHP, along with its youth wing Bajarangadal, other like minded […] 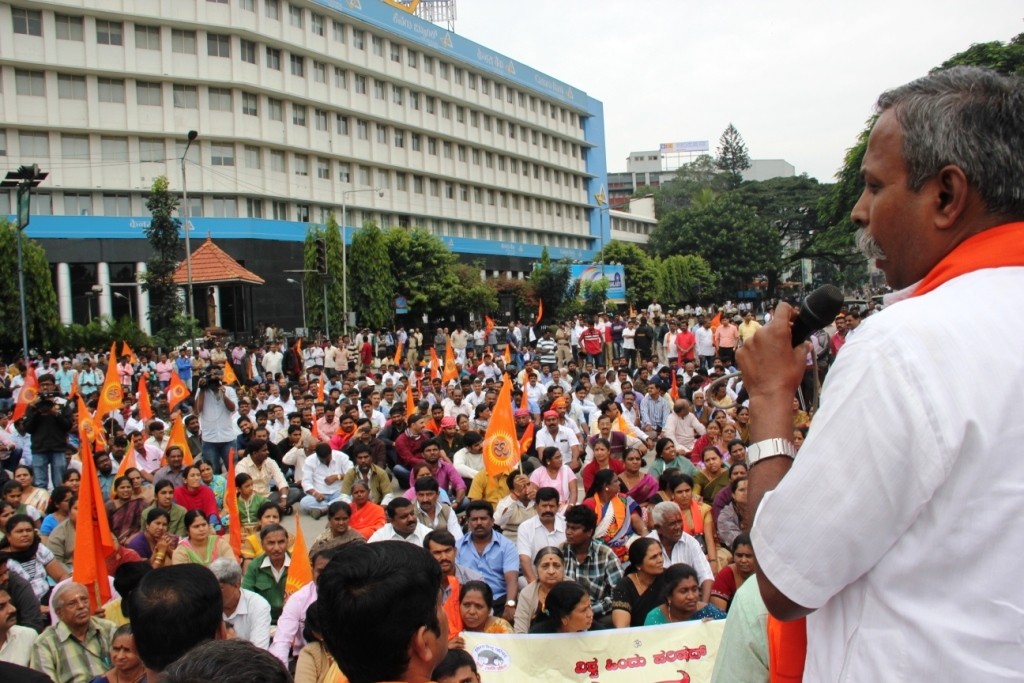