Bengaluru April 01: The Karnataka assembly on Tuesday passed a bill to make Kannada the medium of instruction in all governmentaided, unaided and private schools up to class 5. Up to Class 10, studying Kannada as a subject is compulsory. The bill was introduced by the state government.

On Tuesday, the Karnataka legislature passed two important Bills – Right to Free and Compulsory Education (Karnataka Amendment) Bill, 2015 and the Karnataka Language Learning Bill, 2015. In the first Bill, the Section 29(2)(f), which earlier read as “medium of instruction shall, as far as practicable, be in child’s mother tongue”, has been expanded by adding “Kannada” to it. It means, all state government, aided, unaided, and private schools, which have Karnataka state syllabus, need to necessarily follow Kannada as the medium of instruction at the primary school level (up to standard 5). Both the Bills were adopted unanimously after Chief Minister Siddaramaiah assured the House of taking a delegation of floor leaders from all parties in the State legislature to Delhi to meet Prime Minister Narendra Modi to impress upon him the need to effect a Constitutional amendment to enforce Kannada as medium of instruction for primary education.

“I will raise the issue at the meeting of the National Development Council to be convened by the Prime Minister,” the Chief Minister said, adding that he had written to all the Chief Ministers seeking their co-operation in the matter. Earlier, members urged Mr. Siddaramaiah to take a lead in building consensus among Chief Ministers of all States to take the issue forward.

The bill making Kannada a compulsory subject covers CBSE, ICSE and international schools, too. Replying to the debate, chief minister Siddaramaiah said he met Prime Minister Narendra Modi and requested him to bring a Constitution amendment that would enable the states to impart education in their respective languages. This is because sometimes laws enacted by the states do not stand scrutiny in courts.

The state government subsequently on the direction of Chief Minister Siddaramaiah held discussions with educators, Kannada writers and literary figures to find a way to ensure all students in the state learn the local language.

Minister of State for Primary and Secondary Education, Kimmane Ratnakar clarified that the government was leaving schools affiliated to CBSE and ICSE out of the ambit of this Bill at present. However, there are only 700 such schools, he said. The Kannada medium Bill needs Presidential assent.

Bharat Parikrama Yatra enters Assam on its Day-962, to travel North-East till Dec-2015 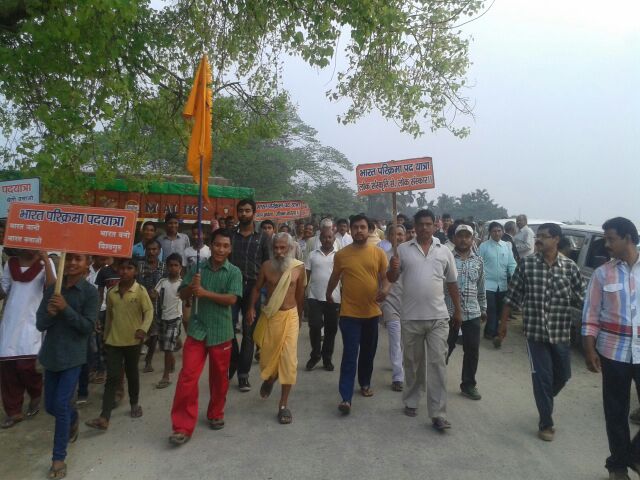