Kasaragod/Shivamogga January 31: Of the 3 mega events in Karnataka Dakshin Pranth of RSS on Sunday February 01, 2015, two district level mega gatheing of RSS Swayamsevaks to happen; one at Kasaragod and other one at Shivamogga.

In Kasaragod, the district level RSS Mega gathering ‘Vijaya Shakti Sangama’ will be held at college grounds near Vidyanagar Govt College of Kasaragod. 4 Simlulatneous Path sanchalan will be starting, will finally merge each other and reach the maidan. Nearly 14,000Swayamsevaks from each village of Kasaragod are expected to attend the conclave. RSS Senior Pracharak Sethu Madhavan will address the gathering.

In Mysuru, on Feb 01 Sunday at 11am RSS Sarasanghachalak Mohan Bhagwat to inaugurate reputed socio-cultural gathering, the 5th International Conference and Gathering of Elders to be held from January 31 to February  5, 2015 at Ganapati Sacchidananda Ashram, Mysuru. 250 delegates from nearly 37 countries attending this meet to be held at Ganapati Sacchidananda Ashram, Mysuru.RSS Sahasarakaryavah Dattatreya Hosabale, Suresh Sony, External Affairs Minister Sushma Swaraj and other top leaders are expected to participated in this conclave. 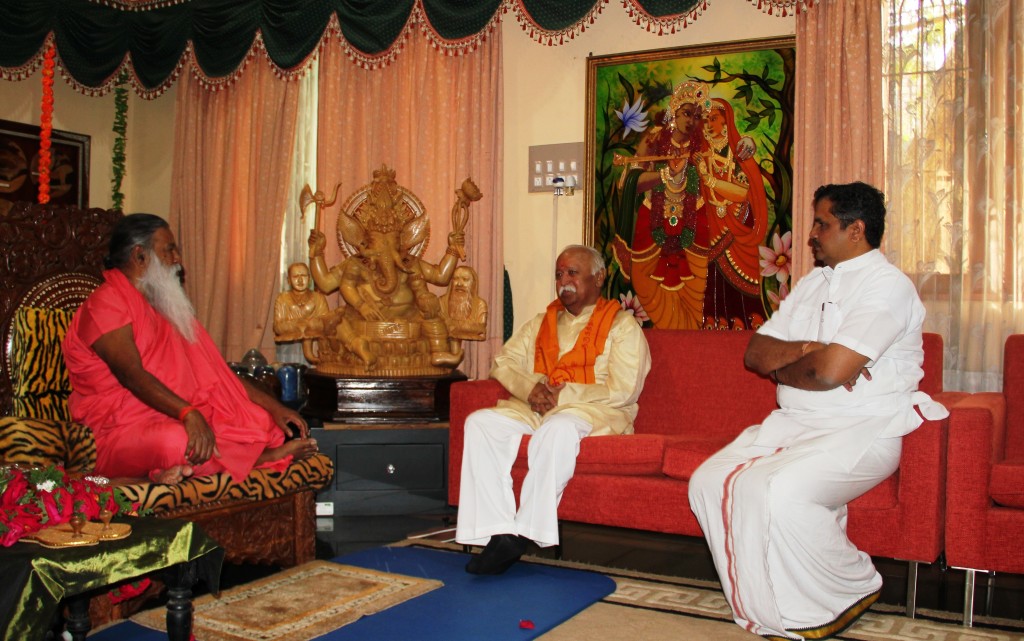