Informing the above details to RSS Media Centre Vishwa Samvada Kedra, RSS Kasaragod Nagar Sanghachalak Dinesh Madappura said, ‘the event is postponed to February 1, after a discussion with district Police  Chief. Earlier, the event was scheduled for January 18th. Preparations are underway, swayamsevaks from each village of Kasaragod will attend the conclave. RSS Senior Pracharak Sethu Madhavan will address the gathering. “.

Preparations of Vijayashakthi Sangama  a mega event   organized by RSS Kasaragod unit in its peak. Prior to the event a magnificent  RSS Route-March organized by Mangalpady Rss unit of Manjeshwar taluk. 375 swayamsevaks of Uppala and Mangalpady are participated  in the Route-March with RSS  uniform. Route-March which started from Uppala junction and ended at famous Aila Durgaparameshwari Temple surroundings.  Sri Kalladka Prabhakar Bhat , Dakshina prantha Sampark pramukh was present at the occation and guided the Swayamsevaks.Then  Swayamsevaks  practiced  vyayama yoga and Ganageth together  which is to be performed in Kasaragod on Jan 18. 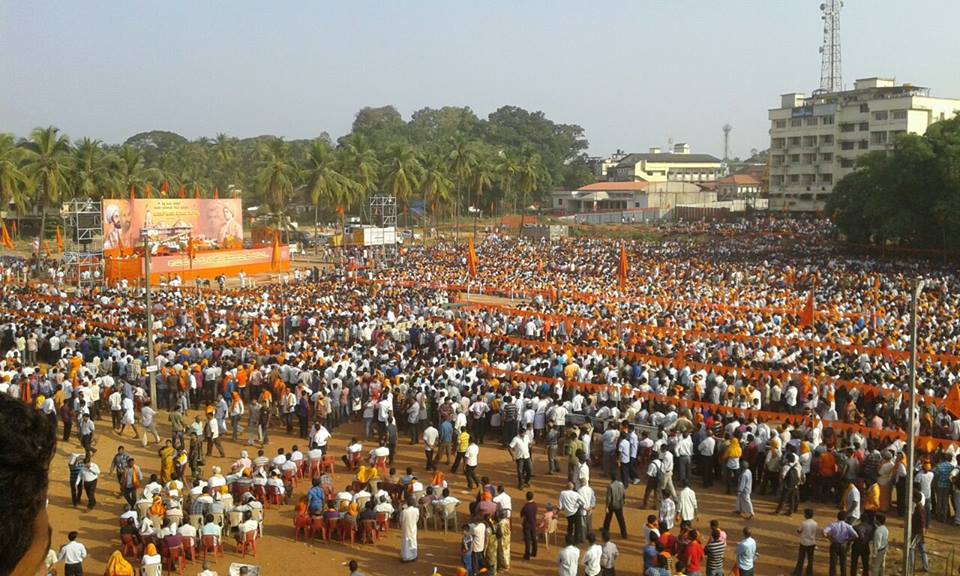