Hebbal, Bengaluru January 13: Nearly 630 Kishor (Young) Swayamsevaks, who are under 14 by age, attended a unique gathering ‘KISHOR SANGAMA’ at Hebbal in Bengaluru on Sunday, January 11, 2015. The Kishor Sangama event was held as a part of Birth Centenary celebrations of Yadava Rao Joshi, who became an RSS member when his youngest age of 8, later became a Pracharak, pioneered Sangh works in Karnataka.

Nearly 450 citizens participated in the event, observed and applauded the young swayamsevaks for their active involvement in RSS shakhas on a daily basis. 'Although the name is new, Ghar Vapsi has started since Mughal period': Ranga Hari article

Fri Jan 16 , 2015
article by Manya Ranga Hari, senior RSS Pracharak of Kerala Quite unexpectedly, yet another word, “Ghar Vapasi,” has come to hog the limelight. The simple meaning of the word is “home coming.” It is a word that has come in handy to those people, who had once stranded away from the Hindu Dharma, and are now desirous […] 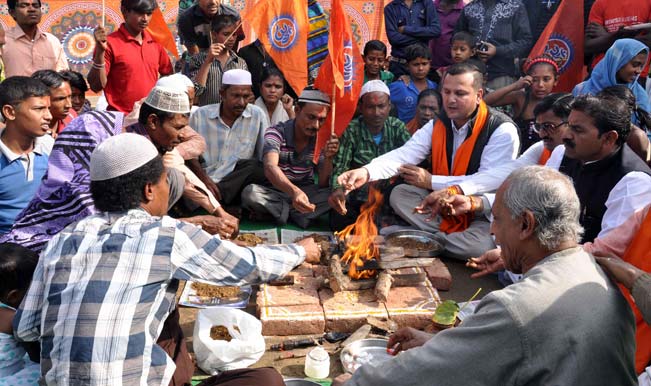