Bengaluru September 16, 2015: Senior RSS Pracharak KS Nagabhushan Bhagwat (80years) passed away in Bengaluru on Wednesday morning. He was met with an accident while travelling in his Two-Wheeler on Tuesday near South End circle in Bengaluru. Immediately he was admitted to a private hospital. However due to severe internal injuries to the hind-brain, KS Nagabhushan expired at 6.00am on Wednesday morning.

Antim Darshan was held at KESHAVAKRUPA, RSS headquarters in Bengaluru till 9.30am. The Final rites was held at Shivamogga at his native residence on Wednesday evening.

KS Nagabhushan was serving as RSS Pracharak since last 60 years. Born in March 25, 1936 in Shivamogga of Karnataka, KS Nagabhushan was 3rd son among 9 children for his Parents Shankaranarayan Bhagwat. KS Nagabhushan completed his B.Sceducation in 1954. He became RSS pracharak soon after his education in 1955. Earlier he served at Srirangapattana Nagar Vistarak for 6 months. Later he was deputed to Mandya, Raichur, Chitadurga, Bellary as Jilla Pracharak for 16 years. Later he was given the responsibility as Karyalaya Pramukh of Keshavakrupa, RSS State Headquarters, Bengaluru, he served this responsibility for 6 years.

During ant-emergency movement he was jailed in Bengaluru Prison.

KS Nagabhushan was served as Co-director of Hindu Seva Pratishtan, a leading RSS inpsired NGO of Karnataka.  He served in Hindu Seva Pratishtan for 9 years, inspired several young men and women to dedicate themselves for the social cause as Sevavratis. Later he was given the coordination responsibilities of Vanavasi Kalyan Ashrama, Vishwa Vibhag, RSS Sanchalaita Samstrasta Parihara Nidhi.

KS Nagabhushanji was known for his simplicity in personal life.  He had wide contact with Sangh swayamsevaks and well-wishers (sampark) in Bharat and abroad.

CONDOLENCE MESSAGE CAN BE SENT TO FOLLOWING ADDRESS: 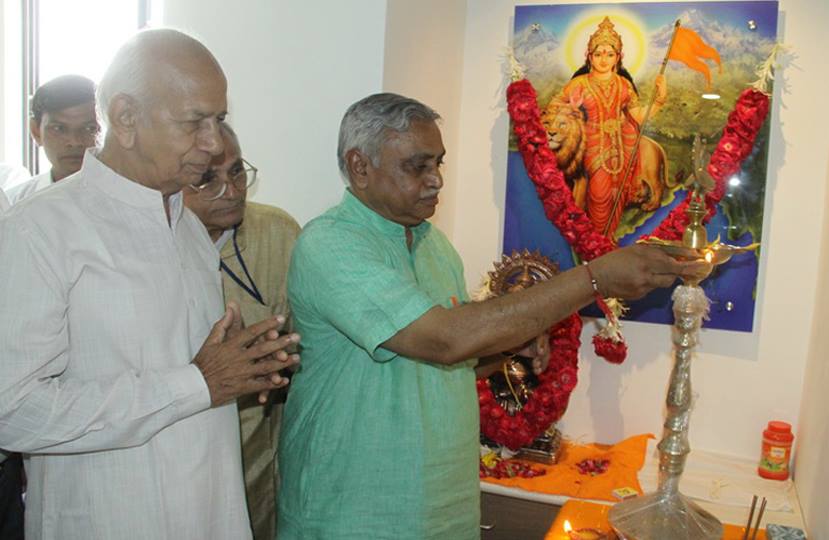